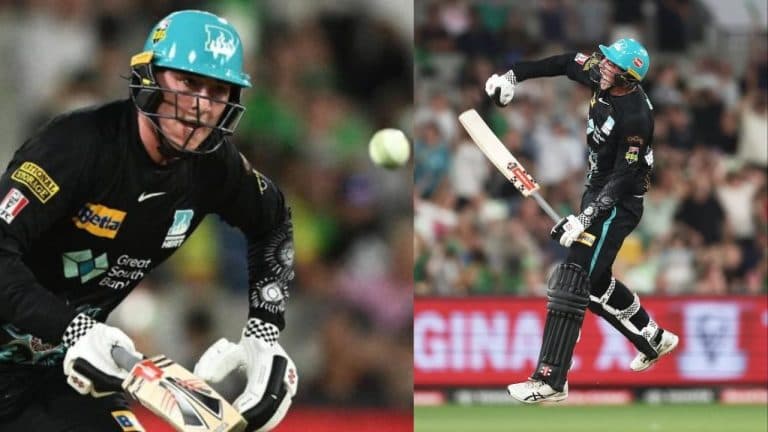 Chasing 160 for victory, the visitors stuttered and surged several times before reaching their target in a dramatic finish at the MCG on Monday night.

Matt Renshaw was the match-winner :-

Renshaw was the match-winner, top-scoring with an unbeaten 90 from 56 deliveries in a total of 7-160.

Needing nine off the last over, the Heat were helped by the Stars being limited to four men outside the circle because of a slow over rate.

Beau Webster further helped their cause when he began the 20th over with a wide.

But the Heat still needed four off the last ball and Renshaw delivered, scooping Webster’s final delivery over the in-field to the rope.

Also Read:- WIPL 2023: Mithali Raj All Set To Come Out Of Retirement For Women’s IPL

Matt Renshaw was given a lifeline on 47 :-

Renshaw was given a lifeline on 47 when he was dropped by Clint Hinchliffe, who misjudged the flight of the ball in the deep.

The Stars also failed to run out Renshaw on 63 when Adam Zampa couldn’t gather Nathan Coulter-Nile’s throw with the batter well short of his ground after a mix-up with Jimmy Peirson.

The 83-run partnership between Renshaw and Peirson (22 from 18) was vital before the former steered his side home with the tailenders.Renshaw’s innings included six fours and four sixes.

Also Read:- The FIR Lodged Against Those Who Made Lewd Comments On Dhoni And Virat’s Daughters