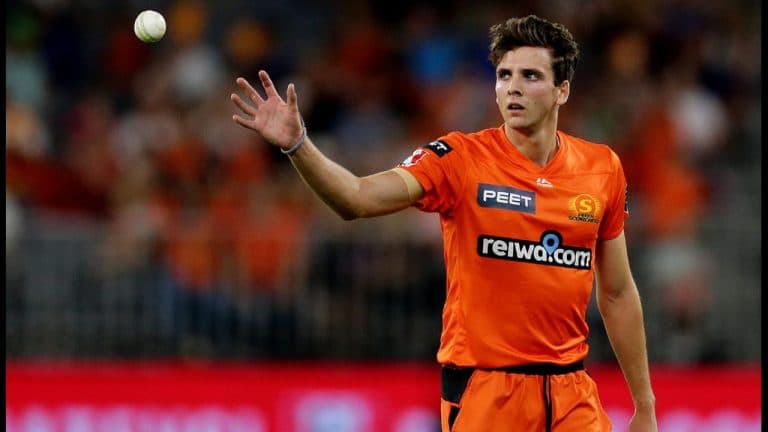 BBL 2022-23: Perth Scorchers fast bowler Jhye Richardson has been ruled out for two to three weeks with a hamstring strain.

May Come Back For The Bbl Finals:-

But coach Adam Voges is hopeful that he can come back for the BBL Finals if the Scorchers qualify.

Scans on Thursday confirmed he only suffered a minor strain but is likely to remain cautious with the Scorchers given his soft-tissue injury issues over the past two seasons.

“It’s at the very mild end of the hamstring strain, two to three weeks,” Voges said on Friday. “We are certainly hoping that we will see him again before the end of the tournament.

We have a world-class medical staff here:-

“I think you have to be careful, certainly with someone of Jhe’s calibre. But we have a world-class medical staff here.

I’m sure they’ll be working with Jhye over the next couple of weeks.” And hopefully, we’ll see him back and we’ll get him back in the park as soon as possible.”

Richardson has already had a disrupted summer. He was carefully managed by Western Australia ahead of the BBL.

He played in only two of the first six Sheffield Shield matches of the summer, battling a variety of niggles including a heel injury.

He has done some training sessions with us:-

“That Payne only came in the new year,” Voges said. “He’s settled in really well. He’s done a few training sessions with us. And we’ll have another hit out today.

A quality left-arm fast bowler who can swing the ball. And if he gets a chance tomorrow, I am sure he will do a really good job.”

The Scorchers will have to replace Faf du Plessis at the top of the order against the Heat after the South African batsman left to play in the SA20 league starting next week.

Read more:-  Hardik Pandya’s Statement- We Should Not Make Such Mistakes At This Level

England’s Adam Lyt will play against the Heat, but after that, he will also be given leave for the ILT20 in the UAE. Middlesex batsman Stephen Eskinazi has joined the Scorchers as an overseas replacement.