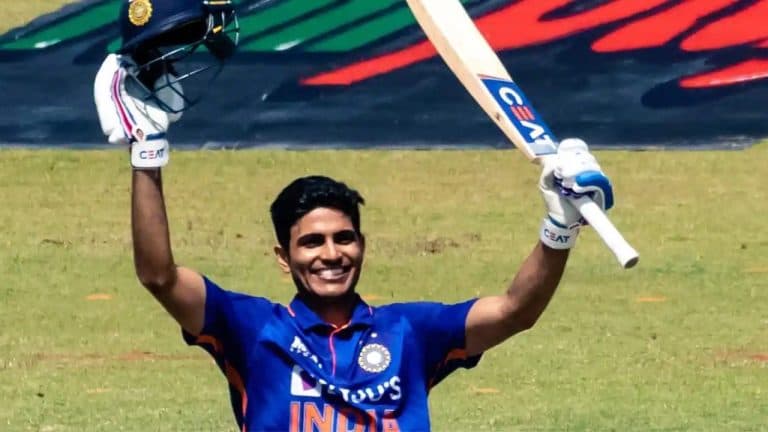 As Soon as Shubman Gill came, he Scored so Many runs in One Over, Rohit Sharma’s Mouth was left Open…

New Delhi. In the last few months, the young opener of the Indian cricket team, Shubman Gill has created such a storm on the field that there is no answer. This batsman, who confirmed his place in ODIs, scored a double century in the second ODI against New Zealand and now in the third match he showed the stars to the bowler in one over. When Gill took shots on the field with captain Rohit Sharma, his mouth also remained open.

Everyone was Expecting another Memorable innings from Young Sensation Gill

When the third match of the three-match ODI series between India and New Zealand started in Indore on Tuesday, everyone was expecting another memorable innings from young sensation Gill. The captain came on the field with Rohit Sharma and he once again put the class of Kiwi bowlers. In the 8th over, he hit not one or two but 4 fours and also hit a six.

Loki Ferguson, who came for the eighth over of India’s innings, scored 22 runs in the over. He hit a four on the first ball of the over, no run was scored on the next ball. After this the young batsman hit fours in the next two balls. He hit a sky-high six on the 5th ball and then finished it off with a four on the last ball….