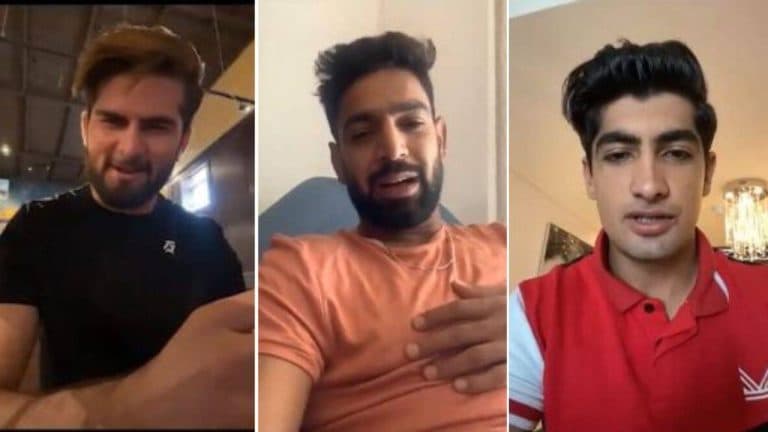 Asia Cup 2022, Shaheen Shah Afridi: Pakistan cricket team is being considered as the strongest contender to reach the final match of Asia Cup 2022. Pakistan has defeated Team India in Super-4, while now they have to play the remaining two matches against Sri Lanka and Afghanistan.

Also Read:- After The Match, Pakistan’s Mohammad Rizwan has been Sent For An MRI Scan

Shaheen Shah Afridi not part of the team due to injury :-

Afridi is not part of the Pakistan team due to injury. Afridi was associated with the Pakistan team at the beginning of the Asia Cup, but after that he had to leave for London for rehab. Through a video call from London, he interacted with Pakistan’s young fast bowlers Haris Rauf and Naseem Shah.

Afridi took the condition of the team from both the bowlers :-

Afridi took the condition of the team from both the bowlers and also told about his rehab program. Pakistan would like Shaheen Shah Afridi to be fully fit before the T20 World Cup and that is why he was sent to London for rehab.

Afridi was seen encouraging both the bowlers :-

Afridi encouraged both the bowlers and at the same time said that the Asia Cup should not go hand in hand. India and Pakistan are considered as strong contenders to win the Asia Cup 2022. Pakistan’s victory in Super-4 has made their way to the final easier than before.