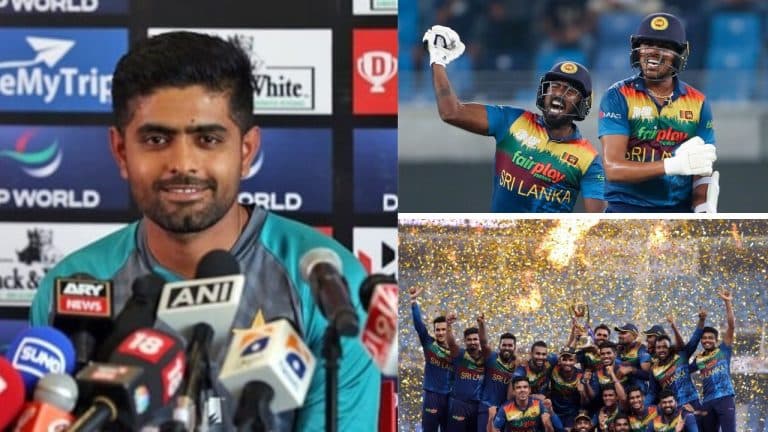 Asia Cup Finals: Pakistan team was being seen as the winner of Asia Cup 2022 as everything went well till the first innings. The team won the toss and went to field first. Sri Lanka were restricted to 170 runs, but Pakistan were bundled out for 147 runs in 20 overs and lost the match by 23 runs. The reason for this defeat has been given by Pakistan captain Babar Azam.

Babar Azam said after the title match, “Congratulations to Sri Lanka for playing great cricket. We dominated them for the first eight overs, but the partnership that Rajapaksa got was amazing.

It was a good wicket and it’s always good to play in Dubai. We didn’t bat according to our ability. We started well but gave 15-20 extra runs and couldn’t finish well.”

Babar told positive and negative aspects for the team :-

Captain Babar Azam further said, “We got a lot of positives from which we have to learn. There are less chances of mistakes in the final. Our fielding was not perfect and we could not finish it well even in batting, but Mohammad Rizwan, Naseem Shah and Mohammad Nawaz were positive for us. There will be ups and downs, but it would be better if we make fewer mistakes.”