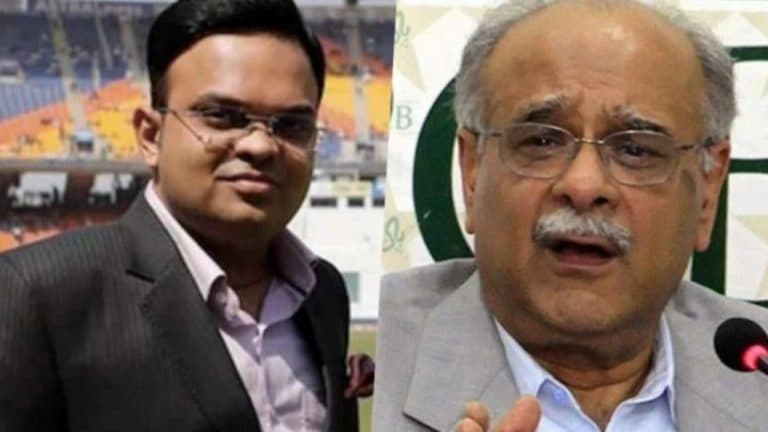 Pakistan has taken a soft stand regarding hosting the Asia Cup 2023. Now Pakistan wants to resolve this issue through dialogue. Pakistan Cricket Board President Najam Sethi is trying to meet BCCI Secretary Jai Shah. If Jai Shah goes to watch the first match of International League T20, then Najam Sethi would like to meet him and resolve the issue of hosting the Asia Cup.

Jai Shah is also Reaching to Watch this Match

However, there is no confirmation from the BCCI whether its secretary or any other office-bearer will attend the opening ceremony. Apart from this, the other big question is that if Jay Shah attends the event. As ACC President and BCCI Secretary. Would he like to have an informal chat with the PCB Chairman?

Asia Cup will be Shifted out of Pakistan

Shah, as ACC president, had said last year that the Asia Cup would be shifted out of Pakistan. And the then PCB chief Rameez Raja had then retaliated by threatening to pull his country out of the World Cup in India. Recently, ACC President Jay Shah released the two-year schedule for Asian cricket. Sethi took a dig at this, alleging that there was no discussion with the Pakistan Cricket Board before releasing the programme. However, the ACC issued a statement in support of Jay Shah and blamed the Pakistan Cricket Board for this.

The Emirates Cricket Board has invited the heads of all major cricket boards to watch the first match of the International T20 League. Najam Sethi will be present on the occasion, where he intends to talk to his other ACC colleagues. Sethi will try to garner support for Pakistan so that the one-day Asia Cup is hosted by Pakistan.

Sethi believes that the PCB needs to build better relations with the ACC members. Whose support is essential for hosting the Asia Cup in Pakistan. “Being a former president of ACC, Najam will assure all the members. That Pakistan is completely safe to host the regional event. And all the countries including India will have to send their teams,” he added.

A PCB source said there was a feeling in the board that former chairman Rameez Raja had threatened the ACC and the BCCI a lot. While they needed to first ensure that the PCB was able to host the Asia Cup. And the 2025 Champions Trophy. . He further said “If Shah comes to Dubai, Sethi will have a chance to meet him or other BCCI officials. And discuss the issue of India sending its team to Pakistan for the Asia Cup.”

The source said that Sethi will also visit the ICC headquarters. And meet top officials to discuss hosting the 2025 Champions Trophy in Pakistan as well as the World Cup to be held in India this year.

Sethi’s decision to accept the ECB’s invitation assumes significance as former PCB chairman Rameez Raja had advised Pakistani players not to play in the league. After this, there was bitterness in the relations between the two countries.