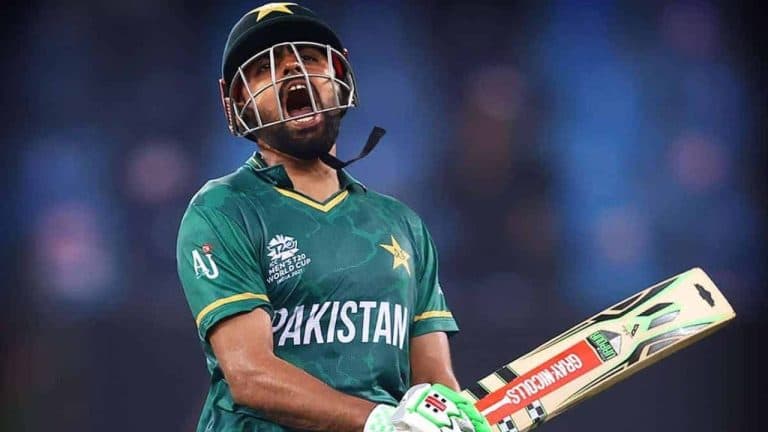 Babar got angry on the question of leaving the captaincy, gave angry answers to the journalists

The past few times have been very bad for the Pakistani cricket team. For the Pakistani team, which is continuously playing the series in its own home, the result came bad every time. Azam is that this team has not been able to win a single test at home. Recently, the 2 match Test series against New Zealand was also a draw. Both the matches ended in a draw, but Pakistan could not win. In such a situation, now questions are also being raised on the captaincy of Captain Babar Azam.

Babar got angry on the question of captaincy

Pakistan captain Babar Azam, who could not register a single win in the home Test season, was bombarded with questions about his captaincy. Talking to the media ahead of the ODI series against New Zealand, Babar was asked by a reporter whether he was thinking of relinquishing Test captaincy because of his poor domestic record since last year.

On this, Babar said, “I think the Test matches are over and now we have to play limited overs series. Ask questions only about him. I know what I’m doing. My focus is on playing well for Pakistan. “He said,” We have done well in limited overs cricket and want to maintain that rhythm against New Zealand as well. New Zealand is a very good team and it will be a tough series for both the teams.

The responsibility of selection in the hands of Afridi

He said that he has no issue with interim chief selector Shahid Afridi regarding the selection of players. He said that he and the head coach give their opinion and also inform the selectors about their strategy in the meetings. “Some of our players are playing here for the first time for whom it will be a new experience and they will have to adapt to the conditions,” he said.