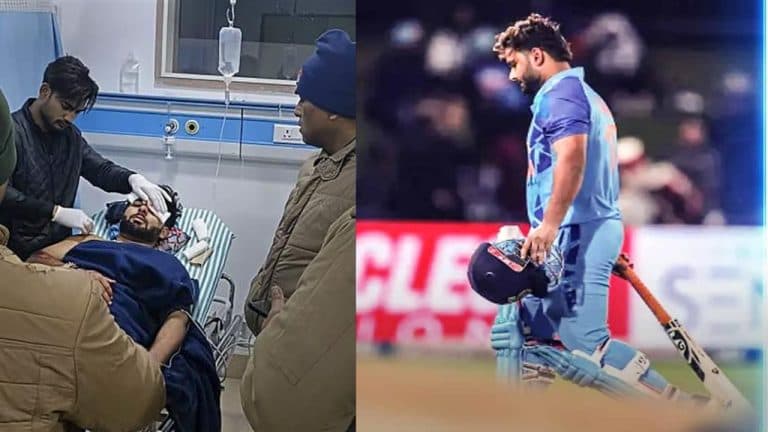 Bad news for fans, it is difficult for Rishabh Pant to play cricket in 2023

India wicketkeeper-batsman Rishabh Pant is expected to be ruled out of most cricket tournaments in 2023 after rupturing three major ligaments in his right knee. A report in ESPN Cricinfo said that Pant has three ligament tears in his right knee, two of which underwent surgery on January 6, but one more surgery is yet to be done. One has to wait at least 6 weeks to do this surgery.

It has been said in the report:-

In Pant’s case, all three have suffered. In the most recent surgery, both the PCL and the MCL were reconstructed. Pant will have to undergo another surgery for ACL but will have to wait for at least six weeks.

Rishabh Pant can stay away from cricket for six months :-

Pant will have to stay away from the field of play for at least six months. This could potentially affect his chances of being fit and available for selection for the 2023 ODI World Cup in India in October-November. Please tell that on December 30, while going from Delhi to Roorkee, Pant’s car met with an accident. He had serious injuries in this.

Also Read:- WIPL 2023: MI, CSK, And Defending Champions GT Among Those Bidding For Their Teams in IPL

KS Bharat and Ishaan got a chance :-

KS Bharat and Ishan Kishan will be the wicketkeeping options for the first two Tests against Australia. Bharat and Ishan have also been selected for the three-match ODI series against New Zealand starting January 18.

Also Read:- BBL: Ball did not cross boundary, yet umpire gave a six, watch video and know the reason