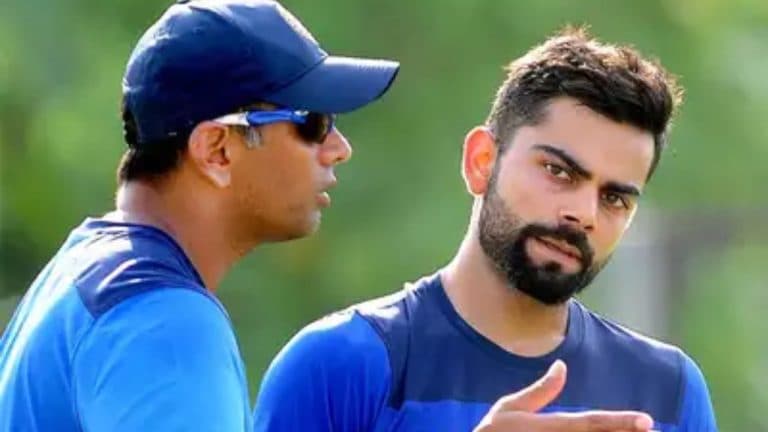 BCCI: From controversy with Kohli-Dravid to defeat in T20 World Cup, know why the board sacked the selection committee

After the defeat of Team India in the T20 World Cup, the Board of Control for Cricket in India (BCCI) has taken a big decision. The board has dismissed the Chetan Sharma-led selection committee with immediate effect. Along with this, new applications have also been sought for five posts. Along with this, some guidelines have also been issued for the new selection committee.

The BCCI’s sacking of the Chetan Sharma-led committee is a result of Team India’s poor performance in ICC tournaments. The Indian team has failed to perform well in ICC tournaments in the last two years. The team lost twice in the knockouts, and once had to be eliminated from the group stage itself. Apart from this, infighting within the team has also been a reason for the sacking of the selection committee.

The selection committee headed by Chetan Sharma was appointed in December 2020. It included Debasish Mohant, Sunil Joshi and Harvinder Singh. However, the team’s performance in ICC events took a turn for the worse. Also, the matter became more serious due to the dispute between the selectors and some players. Recently Chetan Sharma announced the team for the series against New Zealand and Bangladesh. When the selectors first announced the squad for the four series in a row, it was clear that something big was ahead.

Some big reasons behind this decision of BCCI are being given

Now taking action, the BCCI sacked the four-member selection committee headed by Chetan Sharma. We are telling you some big reasons behind this decision of BCCI…

Last year i.e. after Team India’s exit from the Super-12 stage in the 2021 T20 World Cup, the selection committee had pressurized Kohli to relinquish the captaincy. On this, the selectors said that they have decided to have a separate captain for limited overs and a separate captain for Tests. At the same time, Kohli had demanded to give up the captaincy of T20 and let him remain captain in ODI-Test. However, the Chetan Sharma-led selection committee did not allow this to happen and Kohli was also stripped of the ODI captaincy. After some time Kohli also resigned from the Test captaincy. Now again the same time has come and BCCI is stuck in the same screw in the case of Rohit. However, now the BCCI can make Alag (Hardik) captain for T20 and Alag (Rohit) for ODI-Test.

According to media reports, the team management was unhappy with Chetan Sharma’s repeated interference in the team’s affairs. After the IPL this year, news of Chetan Sharma’s tussle with head coach Rahul Dravid also came to the fore. According to reports, the team management was unhappy with the selectors interfering during the team’s practice sessions. According to the information, Chetan and his committee had not attended the practice session of the Indian team for the T20 World Cup and had decided not to get involved in any case unless the team asked them to.

Defeated in the final of 2021 World Test Championship

The selectors came under criticism for the first time after the final of the World Test Championship. Team India had to face defeat against New Zealand in the final. Chetan was on the target of people regarding team selection.

In the 2021 T20 World Cup, Team India was eliminated from the Super-12 stage itself. India had to face defeat against Pakistan in the World Cup for the first time. After this the team also lost to New Zealand. Team India could not recover from both these defeats and got out of the World Cup from its first stage itself. After this, Chetan Sharma and his selection committee were on everyone’s target regarding team selection. People started criticizing the poor team selection. However, then the BCCI reposed faith in Chetan Sharma and his team for one more year.

Before the T20 World Cup this year, India had to play the Asia Cup T20 tournament. India’s performance in the group-stage was excellent, but in the Super-4, Team India had to face defeat from Pakistan and Sri Lanka. Team India got eliminated from Super-4 itself. Since then, the BCCI had given notice to the selection committee.

Team India’s defeat in the 2022 T20 World Cup angered the BCCI. The Indian team was considered a strong contender to win the World Cup. However, India’s performance against some of the weaker teams in the group stage too was not up to the mark. India’s opening pair was a complete flop. Poor batting from KL Rahul and Rohit Sharma was one of the main reasons for the defeat

One of the first things Roger Binny said after becoming the new BCCI president was that he wanted to solve the fitness problem in the Indian team. He had said that before the T20 World Cup, the injury of important players like Jasprit Bumrah is sad. He will work on the fitness of the players. Bumrah was out of Asia Cup due to injury. However, after this the selectors selected Bumrah for the series against Australia and Bumrah was again injured. After this the selectors were accused that they hastened the return of Bumrah. The result was that Bumrah missed many important matches during the World Cup. Later, Chetan Sharma himself admitted that he was in a hurry in this matter.

New selectors will get these responsibilities

The BCCI has listed eight “core job duties/responsibilities” for the new selectors. They are as follows: