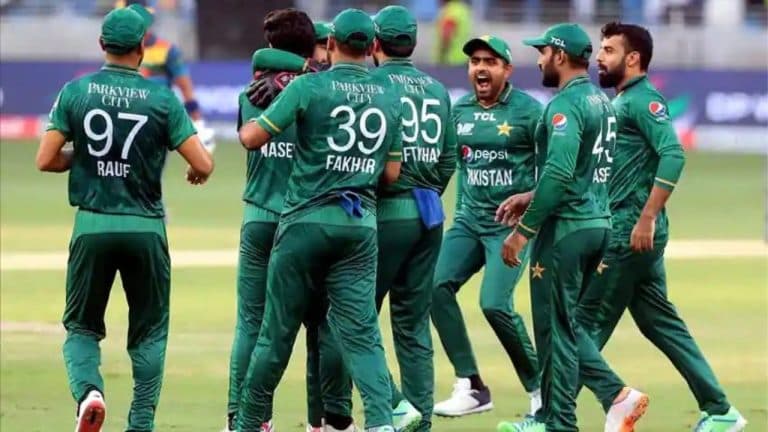 Before getting out of the World Cup, Zomato trolled Pakistan, now got this answer

Zomato trolled Pakistan: After losing the first two matches of the T20 World Cup 2022, Pakistan’s team was on the verge of being out of the World Cup, but by the end, Babar Azam’s team got lucky and this team qualified for the semi-finals.

When Pakistan was on the verge of being eliminated from the World Cup, everyone was trolling this team, including Zomato.

Zomato trolled Pakistan: Zomato did this tweet on November 30 :-

Zomato had made a tweet on November 30 after Pakistan’s win against Netherlands. In this they wrote ‘Order for home delivery of Pak team.’ It was that Pakistan’s team has been out of the World Cup. But now that Babar Azam’s team has qualified for the semi-finals, the answer has come from the neighboring country for Zomato.

A Twitter handle named Careem Pakistan replied to Zomato’s post 7 days later and wrote ‘Order rejected.’ Let me tell you, there is often a war of words on Twitter between Zomato and Karim Pakistan, both are seen trolling each other.

Talking about Pakistan’s journey of T20 World Cup so far, this team had to face defeat by 4 wickets in a close match at the hands of India in their very first match. After losing to India, it was expected that now only South Africa can compete with Pakistan. T his team will easily win over Bangladesh, Netherlands and Zimbabwe.

But in the second match, Pakistan had to face the hands of Zimbabwe. When Zimbabwe made a comeback with this team, it was believed that the doors were closed for Pakistan’s semi-finals. But the team kept the semi-final hopes alive by winning the next two matches.

Pakistan’s chances of reaching the knockouts increased when the Netherlands pitted South Africa. After this only Pakistan had to register a victory over Bangladesh. Babar Azam‘s team defeated Bangladesh by 5 wickets in the last match to enter the semi-finals. If South Africa had not lost to the Netherlands; it would have been impossible for Pakistan to get a ticket for the semi-finals.

Also Read:- Virat Kohli got this ICC Award for the first time