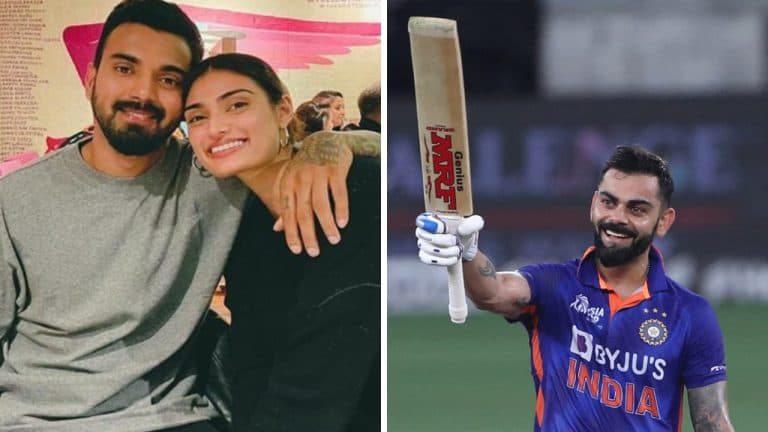 Before Virat, KL Rahul wished his girlfriend on her birthday, Fans trolled

Indian cricket team vice-captain and opener KL Rahul on Saturday came under attack from trolls when he wished his girlfriend Athiya Shetty on social media before wishing her teammate Virat Kohli a happy birthday. KL Rahul, while wishing his girlfriend Athiya Shetty on her birthday, wrote on Twitter, ‘Happy birthday, everything gets better from you.’

One user wrote, ‘Rahul Bhai, where is Virat Bhai’s birthday post. Well, if the girl was found, then forgot the friend. All goons are the same.’

At the same time, another user wrote, ‘Wow friend, what has been done, good friendship played.’

A fan wrote this, ‘Looking Binod, how people forget friendship in the affair of girlfriend.’

Virat Kohli is celebrating his 34th birthday in Australia. King Kohli’s bat is on fire in the ongoing T20 World Cup there. Kohli is second in the list of highest run scorers in the tournament with 220 runs. Kohli has been dismissed only once in this World Cup so far. Team India would like to reach the semi-finals by playing the last match against Zimbabwe. On the other hand, Kohli’s eyes will be on winning the final on November 13 and giving a return gift to the Indian fans.