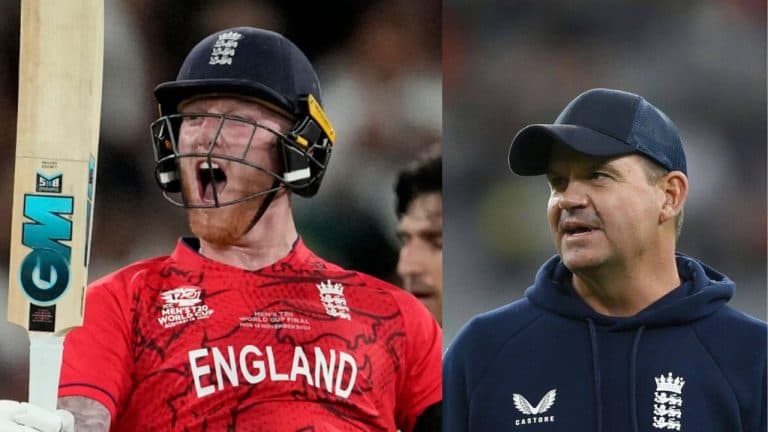 Matthew Mott says he may reverse his ODI retirement decision to play the 2023 World Cup in India. Earlier this year, Stokes had announced to quit 50-over cricket citing a busy schedule.

Ben Stokes played a brilliant inning in the final of T20 World Cup 2022 :-

Stokes is also the captain of the Test team. Under his captaincy, the England team has achieved stupendous success in the last few months along with coach Brendon McCullum. At the same time, Ben Stokes strong innings in the T20 World Cup final on Sunday (November 13) has once again proved that he is a match-winner. This is the reason why the management wants him to play in the World Cup to be held in India.

This is what Matthew Mott, head coach of the England team told Cricbuzz:-

“He’s a three-dimensional player and he’s got a lot to offer to the team. He was the glue in this team. I think we’ve got a lot of guys,” Matthew Mott, England’s limited overs head coach, told Cricbuzz. There are guys who can do extraordinary things, but he’s the kind of player you knew if he was at the crease, you were winning the match.”

Matthew Mott further added, “When Ben Stokes spoke to me about his ODI retirement, one of the first things I said was that I would support whatever decision he made, but I told him that he should There is no need to retire. You don’t play 50-over matches for a while and I said, ‘You can remain unretired forever’.”

Mott continued, “I will ask him to return today. However, he makes up his mind and he will make his own decisions. He will do what is right for English cricket and what he has always done. From ODI cricket.” It was his decision to retire. He didn’t think he could give his all, as he is a special commodity to English cricket.”