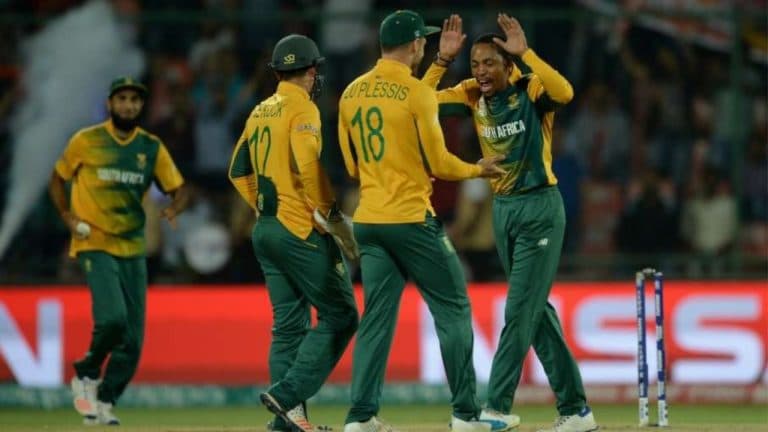 Proteas spinner Aaron Phangiso, playing for the Johannesburg Super Kings in the South Africa T20 League, has suffered a major setback. Questions were raised on his bowling after which he has been suspended from bowling in the ongoing T20 tournament SA20. The 39-year-old South African cricketer has been given a penal suspension after it was confirmed by SA20’s independent Bowling Action Panel. Let us tell you that his bowling action is not in accordance with the rules of legal bowling action as defined by the International Cricket Council (ICC).

The Panel Submitted its final report on January 23

The panel submitted its final report on January 23. This year’s report was made under SA20’s Suspect Bowling Action Policy. And prepared by the same panel constituted for Bowling Action. The report confirmed that Phangiso bowled with an improper bowling action during the match between the Johannesburg Super Kings and Pretoria Capitals at Wanderers on January 17, SA20 said in a statement on Tuesday. The panel then took action and suspended Phangiso from bowling in all SA20 matches from January 23 onwards.

Following the panel’s response, the Johannesburg Super Kings requested a technical test of Fungiso’s action at an ICC-accredited centre. If ICC tests show that his action is correct, he will be allowed to continue bowling afterwards. Phangiso has also played 21 ODIs and 16 T20 Internationals for South Africa. In which his names also recorded 26 and 20 wickets respectively. The suspension of Phangiso could be a blow to the franchise. He had taken 10 wickets in 6 matches so far. His economy was also only 7.

Talking about the Johannesburg Super Kings captained by Faf du Plessis in the current SA20. The team has played 7 matches so far. Out of which he has won 4, in three the team has faced defeat. In the current points table, the team is at the fourth position with 16 points. After winning the first match, the team had to face two consecutive defeats. After this the ups and downs in the performance of the team continues. The Super Kings team, which came after winning both the previous matches. Will now face the third-placed Paarl Royals on February 3.