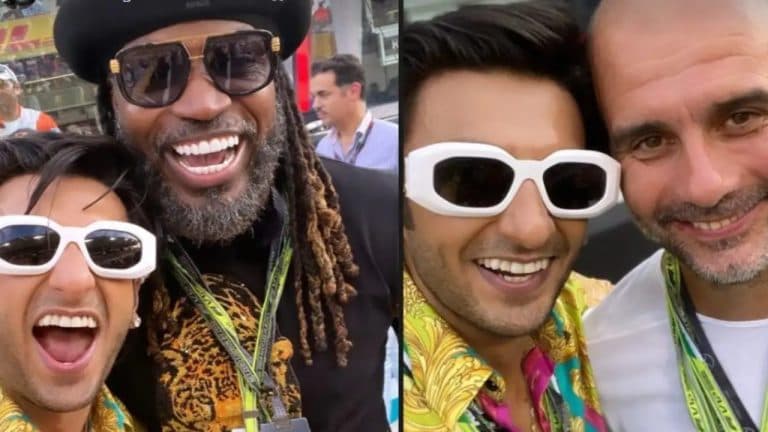 The popularity of cricket in India is not hidden from anyone. The people of any other country hardly like cricket as much as it is liked in India. People of India also love cricketers very much and are always there to support their team. Like common people, Bollywood veterans are always enthusiastic about this game and do not leave any chance to meet the players.

Formula 1 race was organized in Abu Dhabi last day. Before the start of the race, the organizers organized an event for the spectators, in which many legendary players from different sports participated. In this episode, Bollywood veteran actor Ranveer Singh also became a part of this event. During this, he also met England cricket team all-rounder Ben Stokes, whose pictures are going viral on social media. A picture of this meeting has been shared by Ranveer on his Instagram story.

At the same time, in the recent T20 World Cup played in Australia, England defeated Pakistan and captured the trophy. All-rounder Ben Stokes played an important role in this victory. He played a match-winning inning of 52* off 49 balls in the final match, thanks to which the English team won its second World Cup in T20 format.