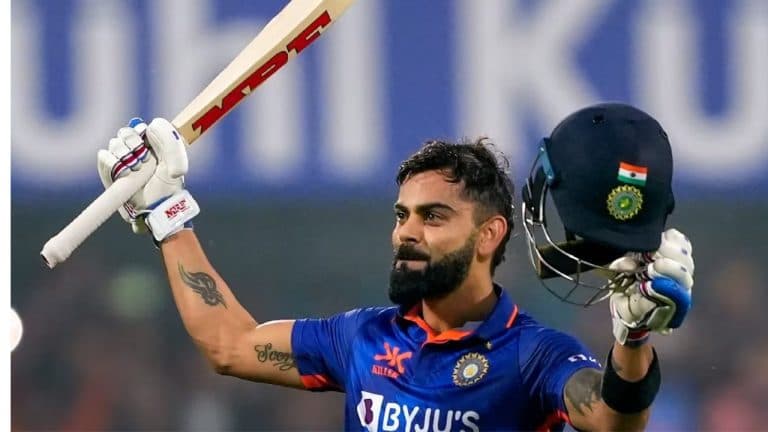 ‘Celebration’ in Pakistan on Kohli’s Century, Veteran PAK Cricketer said- Virat is the Boss of this era

Virat Kohli’s 46th century cheered in Pakistan: Virat Kohli’s stormy innings of 166 runs played against Sri Lanka is discussed all over the world. Even in Pakistan, Kohli’s fans are expressing happiness on social media about his performance. At the same time, Pakistani cricketers are also not tired of praising Virat Kohli’s innings. In the last match of the three-match ODI series, Virat Kohli took the news of Sri Lankan bowlers fiercely and took the team’s score to 391 runs by playing an unbeaten inning of 166 runs in 110 balls.

Virat Kohli made many Records with this century

Virat Kohli made many records in his name with this century. Also, he is only three centuries behind Sachin Tendulkar in terms of scoring the most centuries in ODI cricket. Virat Kohli has 46 centuries. He will break Sachin’s record of 49 ODI centuries as soon as he scores four more centuries.

What did Kamran Akmal write?

Many Pakistani players tweeted in praise of Kohli’s batting. The most special tweet in this is from Kamran Akmal, who has described Virat Kohli as the boss of the era. While hailing Kohli, Kamran Akmal wrote in his tweet, ‘Run machine, the king, Kohli’s 46th ODI century… He is the boss of this era.’
At the same time, Pakistani cricketer Hasan Ali also praised Kohli and wrote in a tweet, ‘Kohli’s 46th century, congratulations.’ Here, former Indian player Irfan Pathan wrote, ‘Virat Kohli started the series with 100 and ended with a century.’

In this match, Kohli scored an unbeaten 166 runs in 110 balls with the help of 8 sixes and 13 fours. This is the second best innings of his career.