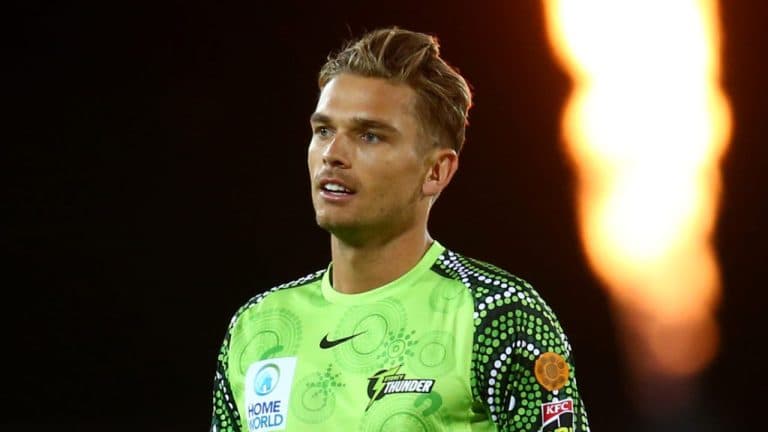 Chris Green made his first class debut for NSW

A dramatic mid-session on Day 3 saw Queensland lose eight wickets and it all started with a brilliant fielding effort from Jake Carter that saw Joe Burns fall 15 runs short of a century in his 100th Shield game. Beyond that run out, Nathan McAndrew was dominant, finishing with figures of 5 for 93. The collapse culminated in 342 and meant that Queensland’s lead was restricted to 102, but it was still in triple digits.

Also Read:-ENG vs PAK, Test: England team will go with ‘Chef’ on Pakistan tour, this is the reason

James Baazley scored 64 runs in 53 balls. Batting for the second time, Carder swung into action with the bat and scored an unbeaten 49 as South Australia reached stumps at 89/1, only 13 runs behind. Daniel Drew also remained unbeaten after scoring 37 runs in 54 balls.

Debutants Chris Green and Toby Gray took seven wickets each to bowl out Western Australia for 233 on the first day at the SCG. Cameron Bancroft and Sam Whitman had taken the visitors to 91/0. After opting to bat, but Green hit three times in three overs in a devastating spell of off-spin as we lost our way. Green took 71 for 4, while Sam Fanning’s top-scorer Gray took 58 for 3.