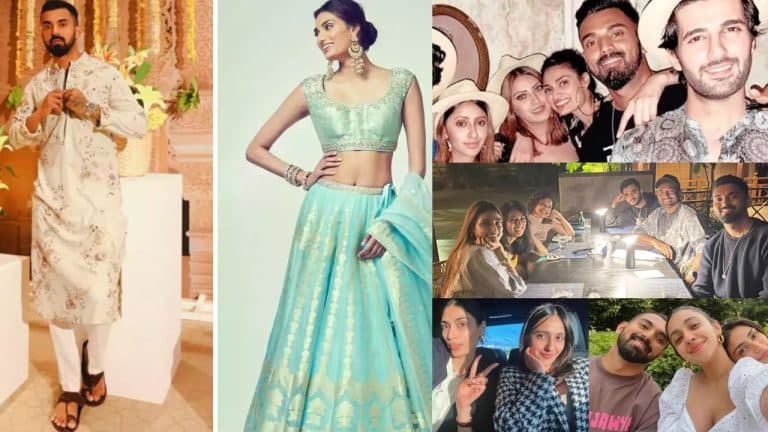 Athiya Shetty-KL Rahul’s wedding: No entry of his mobile phone during the marriage

Athiya Shetty-KL Rahul’s wedding: No entry of his mobile phone during the marriage. If reports are to be believed, the intimate wedding of Suniel Shetty’s daughter Athiya Shetty and cricketer KL Rahul will happen next week and there are certain policies that the guests will have to follow to attend the wedding.

Read more: IND vs NZ: Virat Kohli will Break the Record Against New Zealand! Root, Babar, and Williamson will be left behind by thousands of Runs

Do not share any photos or videos from the wedding procession, guests’ mobile phones will also be kept away during the wedding

According to a report in Times Now, the pre-wedding ceremony will start with Mehendi, which will take place tomorrow i.e. January 22. Ceremonies will be held at Shetty’s Mumbai home. The wedding rituals will be performed the next day at Sunil’s luxurious bungalow in Khandala.

Read more: Team India Can Handle the Ground with these 11 Players Today

The wedding will be attended by 100 guests from both sides

The report further states that the wedding will be attended by 100 guests from both sides. And has been instructed not to share any photos or videos from the baraat. Even their mobile phones will be kept away during the wedding. After a few weeks of the wedding in Khandala, the couple will host a grand wedding for their friends in Mumbai.

Earlier, well-known media photographer Varinder Chawla captured the exterior of KL Rahul’s apartment building. In the video shared by the photographer, the building is seen ablaze with colorful lights. Sources told DNA that the lights in the building may be for the wedding of another resident and not related to the planned wedding of KL Rahul-Athiya.

Read more: Cricket will not be Played in Olympic 2028? This thing is being said in the Reports

Actor Akanksha Ranjan to be part of the close-night affair

As per the Hindustan Times report, Athiya’s closest female friends such as actor Akanksha Ranjan will be part of the close-night affair. A source also told the portal that Athiya’s friends, brother, actor Ahan Shetty and parents Suniel and Maya Shetty are expected to perform on her sangeet.