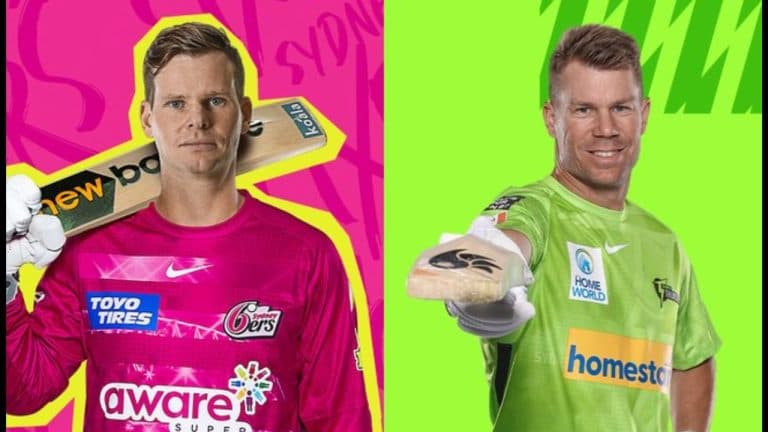 Most of his disappointing home T20 World Cups last Year:-

Smith was dropped from Australia’s squad for most of their disappointing home T20 World Cup last year, only featuring in the middle order in the final group game.

“I’m not reading too much into it,” he said. “I’m just going out and playing and doing my best. We’ll wait and see what happens in the future anyway, it’s still some time until the next T20 international.”

His reaction on his return to T20 cricket in BBL:-

His response to his return to T20 cricket in the BBL has been emphatic, scoring a brilliant 27-ball 36 for the Sydney Sixers on a tough SCG wicket before hitting a 56-ball hundred against the Adelaide Strikers at Coffs Harbor last Sunday.

Warner showed some signs of firing ahead of Thursday night’s blockbuster in Sydney Thunder’s crucial eight-wicket win over Melbourne Renegades.

Life will be tough for Smith against the Thunder at the SCG:-

Warner said afterwards he expected life to be tougher for Smith against the Thunder at the SCG than at Coffs Harbor on Tuesday, where the right-handed batsman hit seven sixes.

Warner said, ‘Boundaries are going to be big for Smudge.’ “They’re not going to hit 60m for him. So we’ll see if he can come out and clear those [SCG] boundaries.”