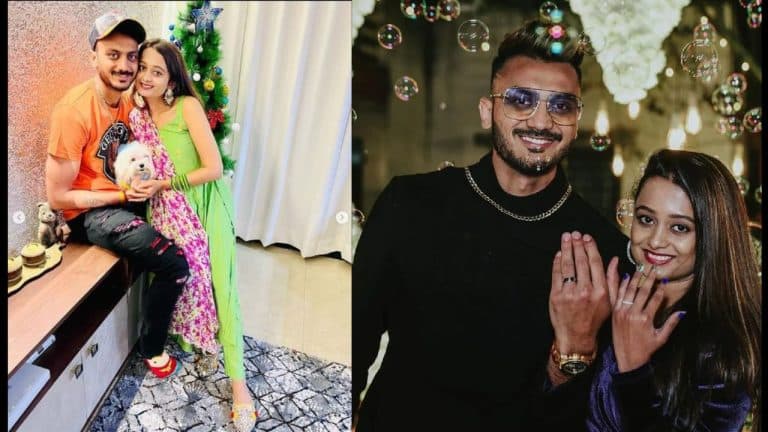 Axar Patel Marriage: Axar And Meha will Tie The Knot On January 26 in Nadiad

There will be close friends and relatives in the marriage as well:-

At the same time, only a few selected players of India and Baroda will be involved in this marriage. However, there is no confirmation from Axar Patel on this yet.

This wedding will be in the traditional Gujarati way:-

At the same time, it is being said that this marriage will be done in the traditional Gujarati way, whose celebration will last for 4 days.

Over the past two years, we have seen several cricketers and Bollywood A-listers twinning on their D-days. KL Rahul matched Athiya Shetty’s light pastel color with a white kurta.

So before that, Kohli created a perfect look by choosing a light ivory kurta with Anushka Sharma’s pink lehenga, after which both were praising a lot.

There is a Possibility of some similar twinning in marriage as well:-

Seeing all this, it seems that there is a possibility of some similar twinning in the marriage of Axar and Meha. Around 250 to 300 guests are expecting to attend the wedding. However, there is no official announcement of the reception yet.

Meha is a Dietician and Nutritionist by profession. She is very fond of traveling, she likes to explore different places not only in the country but also in the world.

Along with this, she is often very active on social media as well, due to which she keeps sharing her and Axar Patel’s pictures with fans.

Axar proposed Meha for marriage in a filmy style on the occasion of his 28th birthday. After which both of them got engaging by wearing rings to each other.