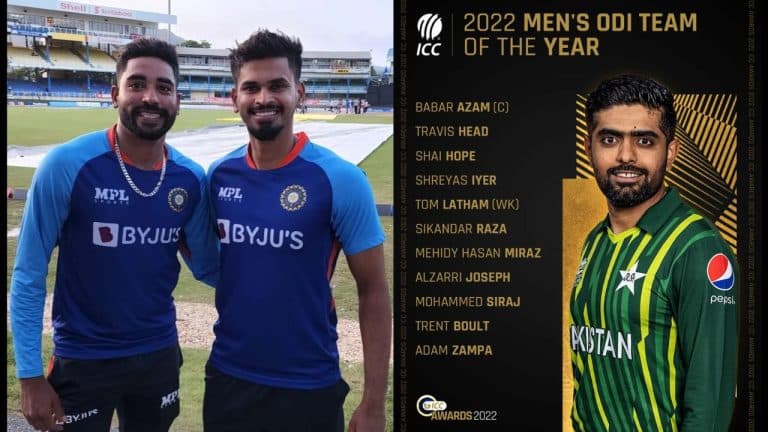 Babar Azam, Shreyas, And Siraj were Also Selected As The Captain Of The Best ODI Team

ICC ODI Team of the Year 2022: Babar Azam, Shreyas and Siraj were also selected as the captain of the best ODI team. ICC has announced the best ODI cricket team of the year.

Azam was chosen as the captain:-

Babar Azam has been selected as the captain while two Indian players are included in the form of Shreyas Iyer and Mohammed Siraj.

Together they formed a strong team. On Tuesday, the ICC released the list of players included in the best ODI cricket team.

Along with the Indian team, 2-2 players from Australia and New Zealand are included in this team.

In this he scored 1 century and 6 half-centuries. He performed consistently well in the year, as a result of which he left behind many big batsmen and joined this list.

Mohammad Siraj joined this team as the second Indian. Siraj’s deadly bowling continues this year as well, he had a similar performance last year.

Siraj capitalized well on the opportunities he got due to Jasprit Bumrah’s injury. Siraj played 15 ODIs last year, in which he took 24 wickets.

His economy rate was 4.62, his best bowling came against the West Indies, in that match in February Siraj took 3 wickets for 29 runs.