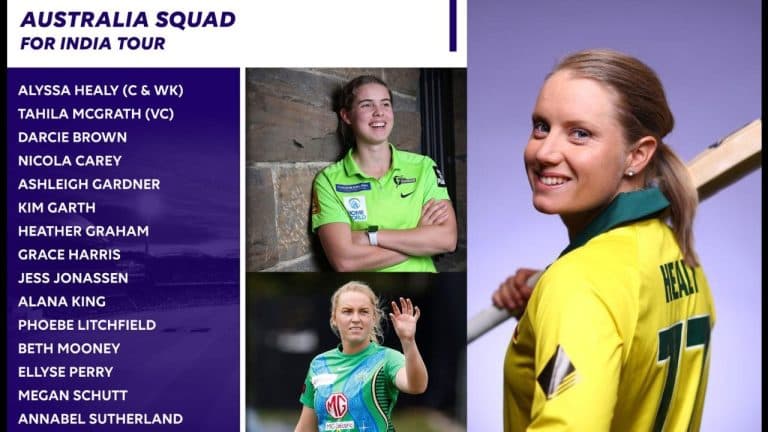 Healy takes over the reins with Meg Lanning again unavailable for the tour, while McGrath stands in as vice-captain following the retirement of Rachael Haynes.

Australia will play five T20 Internationals against India throughout December in Mumbai, two at the DY Patil Stadium and three at the Brabourne Stadium.

Australia’s head of performance (women’s cricket) and national selector said, “These five matches are an important part of the team’s preparations for the upcoming T20 World Cup in South Africa as well as an opportunity for some of the players to gain some experience in Indian conditions.” provide.” Shawn Flagler said.

“Kim’s the other one that’s been on our mind,” Flegler continued.

“He’s had some strong seasons with the ball and adds extra depth to our pace bowling stocks.”

The first of the five T20 matches are to be played on 9 December.