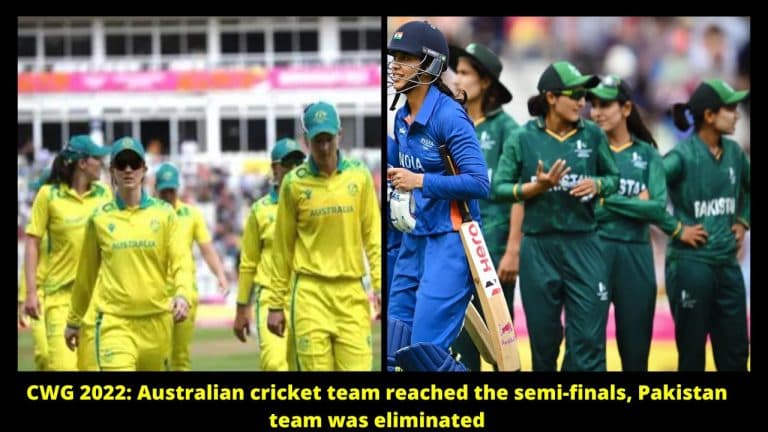 CWG 2022: The sixth league match of CWG 2022 was played between the team of Australia and Barbados. The Australian women’s cricket team won this match by a huge margin.

In their Group A debut of CWG 2022, Australia beat India by 3 wickets in a close match. Now register a 9-wicket win against Barbados on Sunday 31 July.

On the basis of these two victories, the Kangaroo team reached the semi-finals, while another team from this group will play the semi-finals, it is yet to be decided. Apart from this, the Pakistan team has been out of the tournament.

Pakistani team out of the race of semi finals :-

Pakistan’s team has lost both its first matches and Pakistan has to play against Australia in the last match of the league phase. Even if Pakistan team wins this match, then the team will have only 2 points in its account.

In this situation the team will not be able to finish in top 2 in Group A as another match will be played between India and Barbados, who have won one match each.

Match for 2nd place will be played between Barbados and India :-

Whatever the outcome of the match between India and Barbados, it will not affect the ranking of Pakistan and the team will not be able to reach the top 2.

For the time being, talking about this match, Barbados bundled out for 64 by Australia. This target achieved by the Kangaroo team by losing one wicket in 8.1 overs. The team entered the semi-finals, which has been confirmed by the ICC.