The Return to test cricket:-

Now in the meantime, Moeen Ali has become the new head coach of the England team to return to Test cricket, to play under the captaincy of Ben Stokes from New Zealand’s Brendon McCullum. Said.

The England selectors recently handed over the command of their Test team to Ben Stokes. Moeen Ali was a part of Chennai Super Kings in IPL 2022.

Will return to England team after his retirement:-

This deadly all-rounder played for Chennai Super Kings in this season of IPL. From the beginning of this season, the team Chennai had performed poorly, due to which the team could not even reach the playoffs.

According to a report in DailyMail.co.uk, Moeen’s close friend Adil Rashid may also be asked to return to Test cricket. 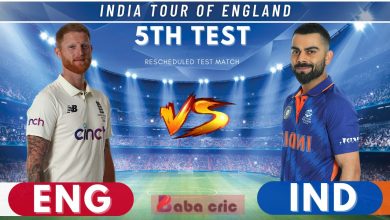