Stokes Test cricket only till winter:-

The England limited-overs captain recently confirmed in an interview that Stokes will focus on Test cricket only till the winter and will not be considered for the India and South Africa (IND vs SA) series.

“Ben will not play white-ball this summer. We just want him to leave and become the Test captain himself because it is a big responsibility.

I don’t want Ben this summer, I want him in November. Only then will our race run,” Eoin Morgan told the Daily Mail in an interview.

Ben Stokes was recently named the captain of the England Test team after Joe Root stepped down following poor form for the team. England has won only one of their last 17 Test matches.

Not available for white ball series:-

With Ben Stokes taking over the role, both England’s Test revival and survival rest on him. This is the reason why he will not be available for the white ball series before the T20 World Cup to be held in Australia.

Stokes last played a white-ball series against Pakistan in July 2021 when he had to return from a premature injury due to a Covid outbreak at the England camp.

His last T20 match for England was against India in March 2021. He played only 1 match in IPL 2021 and had to return home due to a thumb injury.

Morgan said, “India T20 will be a big measure of where we are, but in county cricket, for the rest of the summer we will have a delve deeper into the injuries we have with bowlers.

Morgan hints at retirement after T20 World Cup The other big news for England cricket is that Eoin Morgan is all set to retire after the T20 World Cup.

“I am always looking to my future. I’m very honest about where the team needs to go, but if at any stage I haven’t got the drive or I don’t feel like I’m contributing enough, I’ll go ahead with it.

Next year’s 50-over World Cup is very far away so I can’t comment on it right now. The target is the T20 World Cup,” said Morgan.

However, if this does not happen then he will step down from the captaincy. Jos Buttler can be entrusted with this task. Eoin Morgan also released the names of Chris Jordan and Moeen Ali as captains.

“If you had asked me two years ago I would have said yes (to be Butler’s shoo-in as captain) but equally people like Moeen Ali and Chris Jordan have been very strong leaders.

I haven’t mentioned Ben Stokes because I think he should only focus on his bigger work, but we have many candidates,” said Eoin Morgan.

As for India’s tour of England, it will be preceded by a three-match T20 and a three-match ODI series starting with the 5th Test, rescheduled from July 1.

Read more:- RCB vs LSG: KL Rahul And Krunal Pandya Clashed With The Umpire During The Match

RCB vs LSG: KL Rahul And Krunal Pandya Clashed With The Umpire During The Match 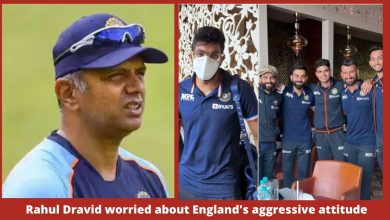