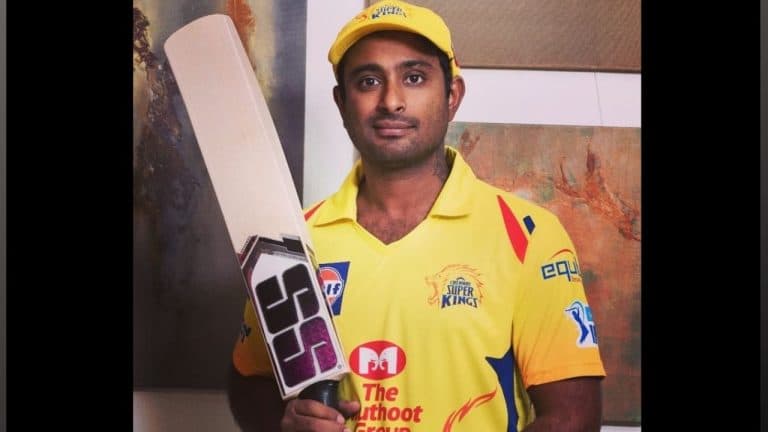 He plays as a right-handed middle-order batsman who occasionally keeps wickets and bowls right-arm off break. Ambati plays for Hyderabad in domestic cricket and Chennai Super Kings in the Indian Premier League (IPL).

Also read:- ICC Women’s T20 WC 2023: The Remaining Two Places To Be Decided in All Qualifier Semi-Finals On Friday

Rayudu made his first-class debut with Hyderabad in 2002 at the age of 16 and played for India A the following year.

He captained the India Under-19 team in the 2004 ICC Under-19 Cricket World Cup. And was expecting to break into the senior team.

After disputes with the players and the state association. He was overlooking national team selection, for signing up with the “rebel” Indian Cricket League.

Rayudu married college friend Chennupalli Vidya on 14 February 2009 and was blessing. With a baby girl on 12 July 2020.

Ambati was born on 23 September 1985 in Guntur, Andhra Pradesh, India. His father Sambasiva Rao worked in the Archives Department.

Rayudu has said in an interview that his father was his inspiration to take up cricket. And put him in a coaching camp when he was in the third grade.

Her father took her to the cricket academy of former Hyderabad cricketer Vijay Paul in 1992. “Rayudu’s father used to take him on his scooter to cricket camps and various matches,” recalls Paul.

According to Abdul Azeem, “Rao used to stand about 50 meters away and watch Rayudu practice day by day.” Rayudu completed his schooling in Bhawan’s Sri Ramakrishna Vidyalaya, Sainikpuri.