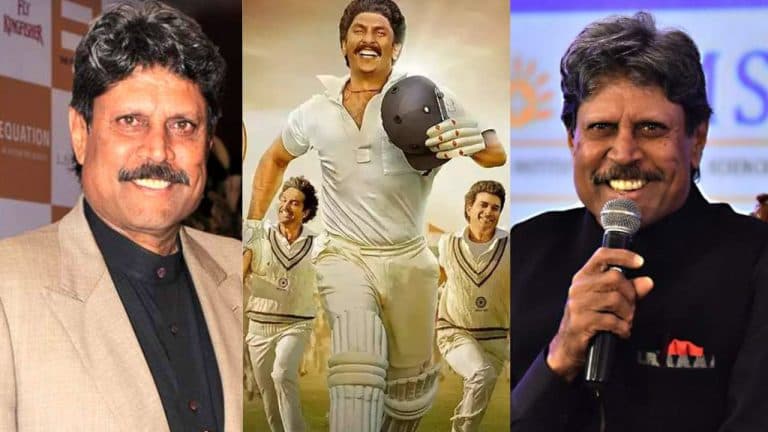 Happy Birthday Mr. Kapil Dev – one of the finest all-rounders to have ever graced the game

Kapil Dev- One Of The Finest All-Rounders

Kapil gave a new definition to fast bowling in the Indian subcontinent. And during this, he made many records in his name. He took 434 wickets in Test cricket and 253 wickets in One Day cricket. Even with the bat, he put forward many miraculous opportunities, in which the innings played against Zimbabwe in the 1983 World Cup remains at the top.

Read more: Perth Bowler Jhye Richardson is Out For Two To Three Weeks With A Hamstring Strain

Kapil is remembered for his magic

Regarding this innings, Kapil Dev’s fellow player and cricket legend Sunil Gavaskar believes that his innings changed the picture of world cricket. Gavaskar believes that Kapil’s 175 with the bat at Tunbridge Wells has a huge contribution to the game of cricket that it is today. Apart from this, there are many occasions that are remembered for Kapil’s magic. For example, in 1990, when India needed 24 runs to save the follow-on and the last pair was playing, he hit four consecutive sixes and saved the follow-on.

The international career of Kapil Dev

Kapil Dev took 434 Test and 253 ODI wickets in his international career. While batting, he scored 5248 runs in Test matches and 3783 runs in ODIs. A unique record has also been written in the name of Kapil. As a captain, Kapil tops the list of best bowling figures in an inning. In 1983, he took 9 wickets for 83 runs in an inning against the West Indies at Ahmedabad. The year 1983 was great for Kapil. Under his leadership, India won the Cricket World Cup, and this year he took 75 wickets in 18 Test matches. Kapil Dev has received Arjuna Award (1980), Padma Shri (1982), and Padma Bhushan (1991).