India all-rounder Hardik Pandya on Saturday said: No one knows the sacrifices made by me, the hard work he put in during his time away from competitive action.

It was rewarding and it is the journey that was more satisfying than the recent success. Hardik said that he knew a lot was being spoken about him when he was out of action.

But he never bothered to answer his critics but focused on working hard to make a strong comeback.

Hardik Pandya did not play competitive cricket until IPL 2022 after the T20 World Cup in 2021 as he was recovering from frequent back injuries.

Questions were asked about his long tenure:-

Questions were asked about his long stint after not bowling in the IPL for Mumbai Indians in 2021 and 2020. Hardik has bowled the most sporadic bowling for India in the last 2 years.

“I knew I worked that kind of hard work. In my life, I have always worked hard and never worried about the results. I worked really hard and honestly.

That’s why I don’t get so excited when I do something special, it’s not about that special moment, it’s about the journey that comes with it.”

Hardik fit seamlessly into the finisher’s role, scoring an unbeaten 31 off just 12 balls in the first T20I. Notably, the Baroda star played at No. 4 for Gujarat Titans in IPL 2022.

Playing a vital role in the middle order, but the IPL-winning captain said he is ready to be flexible for India.

Looking ahead, Hardik said that the World Cup is his ultimate goal but he wants to make sure that he gives his best in each and every outing for the Men in Blue.

Read more:- Sri Lanka Cricket has Announced The Schedule For The Third Season Of The LPL 2022

“Whatever series or every match you play is as important as your last. So, for me, the World Cup is the goal, it’s the right platform to get into the rhythm and there’s going to be a lot of cricket coming back to back. There’s always going to be rhythm. Staying in is very important.

Pandya said, “My role will be changed here, I will not be the captain, I will not bat up the order and will not guide during the innings. This will be the Hardik that I am known for.” 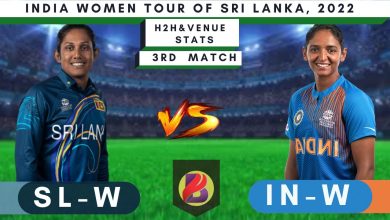