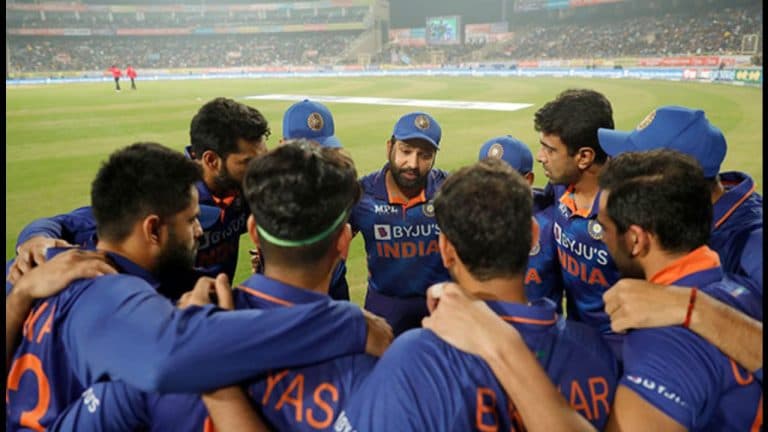 ICC ODI Ranking Team: The Indian cricket team has also got 113 rating points. India beat New Zealand in the second ODI to take an unassailable lead in the 3-match series.

India is on the verge of becoming the number 1 team:-

The third match (IND vs NZ 3rd ODI) will be played at Holkar Cricket Stadium, Indore on Tuesday. India has reached the threshold of becoming the No. 1 ODI team, now it is just one step away.

Also read:- Rahul Wedding: After Mehendi, Sangeet, KL, And Athiya will Tie The Knot On Monday

India won the second match by 8 wickets. After winning the toss and bowling New Zealand all out for 108 runs, India achieved the target in the 21st over.

Mohammed Shami took a maximum of 3 wickets, for this he was adjudged player of the match. India won the match by 8 wickets, and took an unassailable lead in the series.

India will land in Indore with the intention of whitewashing for the second consecutive series. With the win in the second match, India has moved up to 133 rating points, equal to number 1 ranked England.

India also has a golden chance to become the No. 1 team in the ICC rankings. The third match will be played at the Holkar Stadium in Indore, the record here is excellent for India. India has won all the 5 ODIs played here so far.

The England cricket team is currently ranked number 1 in the ICC ODI rankings. He has 3400 points and 133 rating points.

New Zealand is at number two, with 3166 points and 133 rating points. India has won both the ODI matches played in this series so far, if they win the third ODI as well then England will be snatched away from the number 1 crown.

It has been a great year so far for the Indian cricket team under the captaincy of Rohit Sharma. Has won five ODI matches in a row.

Indian cricket team has also got 113 rating points, which is also of England and New Zealand. If India wins the match to be held in Indore, it will move to the number 1 position.

India vs New Zealand 3rd ODI: The third match will be played on Tuesday, 24 January. While the ICC ODI rankings will be updated on the next day on Wednesday. If India wins the third match, then India will become the No. 1 team in the rankings coming on Wednesday.