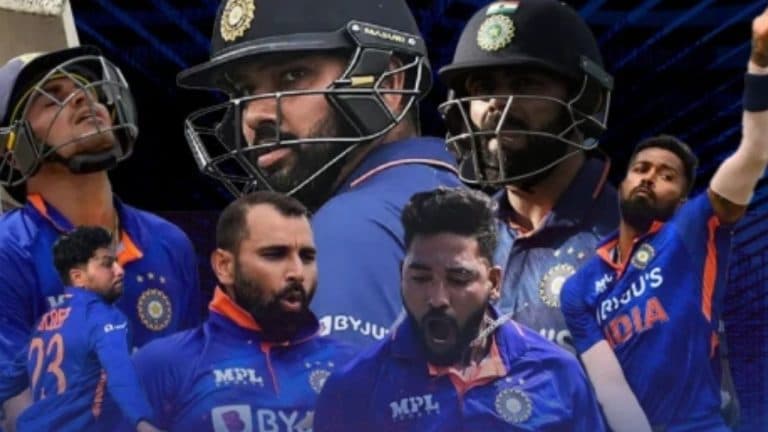 ICC ODI Rankings: Team India has become the number 1 team in ODI cricket along with T20

ICC ODI Rankings: ICC has updated the ODI team rankings, now India (Team India) has become the No. 1 team in ODI cricket (ICC ODI Team Rankings) along with T20. The Indian team, under the captaincy of Rohit Sharma, had a stellar performance in ODIs.

Under the captaincy of Rohit Sharma, India won the third ODI against New Zealand by 90 runs in Indore. Earlier, India had clinched the series, winning the third match and whitewashing the team. India made big gains in the rankings after winning the first match in Hyderabad, second in Raipur, and third in Indore. India has now become the number 1 team in ODIs along with T20s.

Read more: IND vs NZ: India’s Tension Increased Before T20 Series, this Opener may be Out due to Injury…