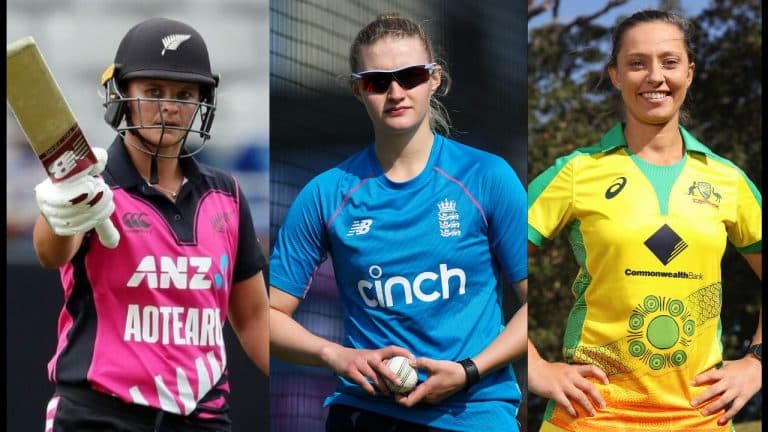 ICC Women’s Player Of The Month Nominations For December 2022

The nominations for the ICC Women’s Player of the Month for December 2022 have been revealed. A pair of exciting all-rounders from New Zealand and England and Australia have been shortlisted for the award.

The evergreen New Zealand batsman continued to pile up runs and it was no different during December as the experienced right-hander took on Bangladesh in consecutive white-ball series on home soil.

Bates scored 70 runs at 23.33 as New Zealand won the T20I component of the series 3–0 at the start of the month, before the 35-year-old produced even more impressive results in the 50-over contest.

The rising England star of future enjoyed his time in the Caribbean during December as he took a total of 18 wickets in the two limited-overs series against the West Indies.

Dean took seven wickets at just 8.57 during the three-match ODI series at the start of the month and went past those astonishing figures during the T20I series.

The underrated Australian star continues to go from strength to strength and the 25-year-old starred with both bat and ball during the five-match T20I series in India last month.

Read more:-  Matt Henry is out of ODIs against Pakistan, and India due to an abdominal strain

Not only did Gardner win the Player of the Series award for her performance during Australia’s 4–1 series win, but the right-hander also peaked as the No. 1 ranked all-rounder in women’s T20 cricket.