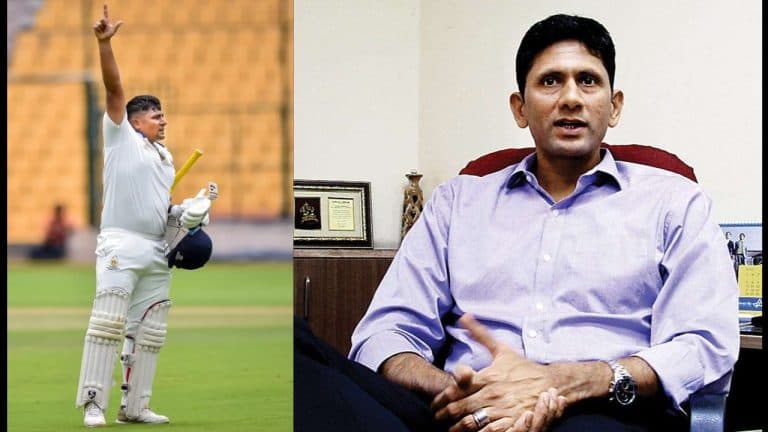 IND vs AUS Test: Former cricketer Venkatesh Prasad lashed out at BCCI and selectors. Prasad said – Sarfaraz Khan not getting a place in the Test team is an insult to domestic cricket.

Gavaskar Trophy to be Played from February 9:-

The Border Gavaskar Trophy is to be played from February 9 between the Indian team and Australia (IND vs AUS Test).

Also read:- World ILT20 2023: MI Emirate’s Show Of Strength Leads Them To The Top Of The Points Table

During that four Test matches (IND vs AUS Test 2023) are to be played between the two teams. On the other hand, Sarfaraz Khan has been performing brilliantly in domestic cricket for almost three years and he has not yet been selected in the Test team of Team India.

Regarding this, from fans and cricket experts to many former cricketers, all are raising their voice on BCCI and selectors.

Criticized CCI and selectors for not Getting a Place:-

Meanwhile, former fast bowler Venkatesh Prasad has slammed the BCCI and the selectors for Sarfaraz not getting a place in the Test team.

Former cricketer Venkatesh Prasad tweeted about Sarfaraz on social media tweet that “Sarfaraz Khan has been performing very well in domestic cricket for the last three years. Despite that, he is not getting a place on the Test team.

However, this is not only injustice with Sarfaraz, but Indian domestic cricket is also being insulted. All this shows that the platform does not matter.

Apart from this, he is fit to score so many runs and while there is a matter of body weight, players with more body weight than him are present in the team.

Sarfaraz Khan has scored 3380 runs in 52 innings of 36 matches with an excellent average of 80.47 in a first-class career in domestic cricket.

During that time he has also scored 12 centuries and 9 half-centuries. Looking at these impressive figures, he has been compared to former Australian cricketer Don Bradman.

Read more:-  IND vs AUS Test: Iyer May be Replaced by Sarfaraz in The First Test Against Australia

While Sarfaraz is the second batsman to do so after this legendary player in terms of average in first-class career.