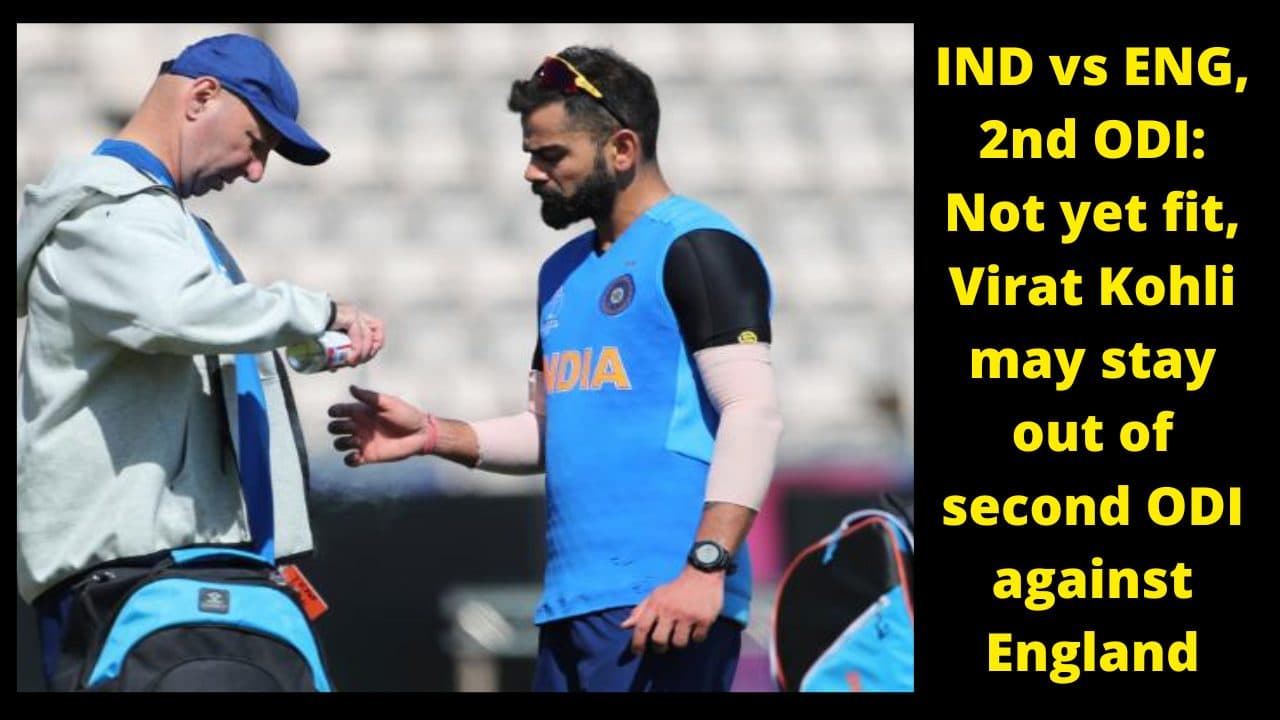 IND vs ENG, 2nd ODI: Not yet fit, Virat Kohli may stay out of second ODI against England

Due to this reason Virat Kohli could not play the first ODI :-

Virat did not play in the first ODI played at The Oval due to a groin injury. Now it seems that Kohli will not be able to play in the second ODI as well. The second match between India and England will played on Thursday (July 14) at the prestigious Lord’s Stadium.

IND vs ENG: There was no effect in ODI before Virat’s absence :-

Before Virat’s absence, there was no effect on India in ODIs. Team India performed brilliantly in bowling as well as batting. India registered a comfortable 10-wicket win in the first ODI on Tuesday after winning the T20I series 2-1 against England.

Opener batsman Rohit Sharma and Shikhar Dhawan had given the team victory. In such a situation, the Test of Shreyas Iyer, who played in place of Kohli, could not be done.

Opportunity for Iyer and Suryakumar :-

The downside of Virat Kohli ‘s absence is that the country’s top batsman is not getting a chance to deliver solid performances in pressure-filled encounters. However, in his absence, other batsmen like Shreyas Iyer and Suryakumar Yadav will have a chance to prove themselves. Suryakumar Yadav scored a century in the last T20 International match in Nottingham.

Bumrah said this about Kohli’s injury :-

When asked about Kohli’s availability in the second match, pacer Jasprit Bumrah, who was the hero of India’s victory in the first match, said, “I didn’t play in the last T20 match and Kohli didn’t play today (Tuesday).

I don’t have an update on his injury.” If Kohli rushes to make a comeback without being 100% fit, a groin muscle strain can turn into a major injury.

There is a demand to drop Virat Kohli from the team :-

Kohli’s injury may also delay the selection of the squad for the five-match T20I series against the West Indies. The team was supposed to be announced on Tuesday, but it hasn’t happened yet.

Earlier, former greats like Kapil Dev and Virender Sehwag had raised questions over the inclusion of in-form Kohli in the T20 team in place of Deepak Hooda.