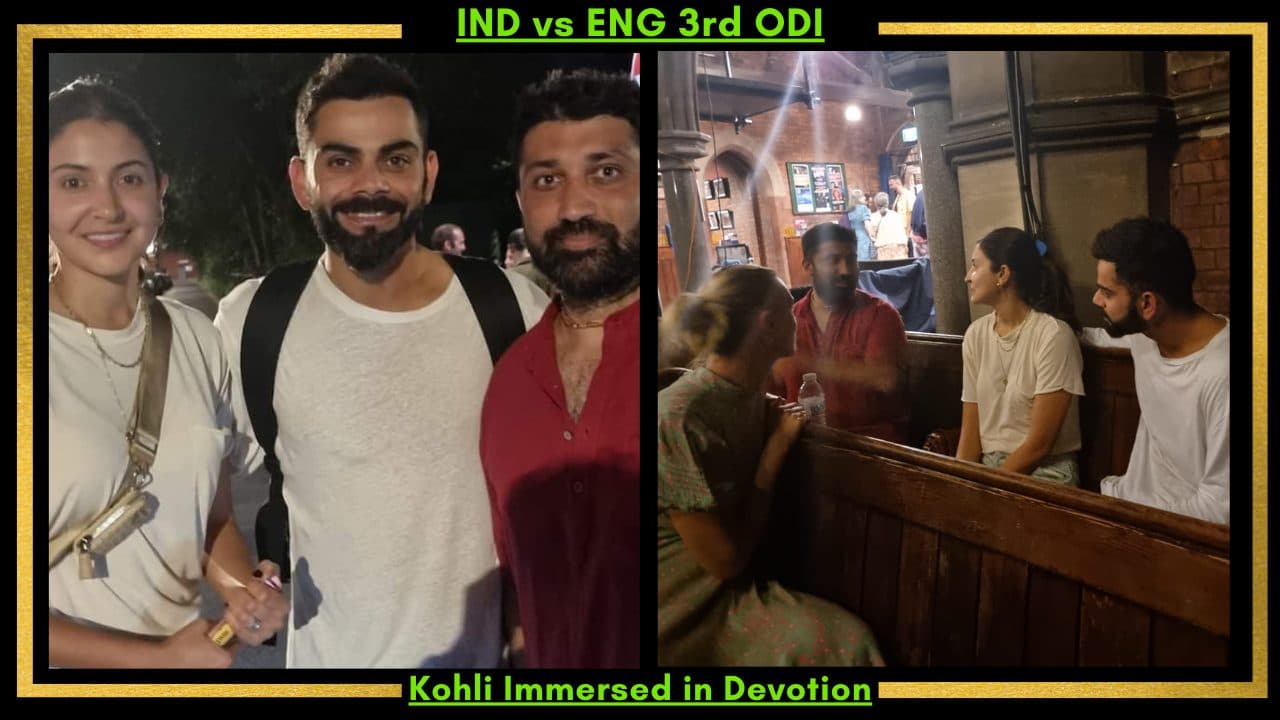 IND vs ENG 3rd ODI: Virat Kohli Immersed in Devotion Before The Third ODI Against England

IND vs ENG 3rd ODI: Virat Kohli Immersed in Devotion Before The Third ODI Against England, The third and final match of the ODI series will be played between India vs England on 17 July.

Virat Kohli struggling with his form:-

This match will be played at Emirates Old Trafford at 3:30 pm. But before this crucial match, Virat Kohli, who was struggling with his form, was seen with his wife Anushka Sharma in kirtan in London.

Significantly, Virat Kohli has been running in poor form for a long time. Not only this, but in the last 3-4 years, Kohli has not got to see a single century with the bat.

After this continuous poor form, now questions are being raised about Kohli. His fans are constantly trolling him, so many big luminaries are asking him to take a break from cricket.

He is back in form:-

At the same time, seeing Kohli in the second ODI against England, it seemed that he has returned to form.

But even during this he disappointed everyone and got out after scoring 16 runs. Including 3 fours.

At the same time, some veterans say about Virat that Kohli should take a break from cricket this time because during this time he will get a chance to think.

He has also said that Kohli is still playing the same shots while batting as he used to play earlier.

At the same time Virat, who is struggling with his form, has also agreed to spend a month in London with his family.