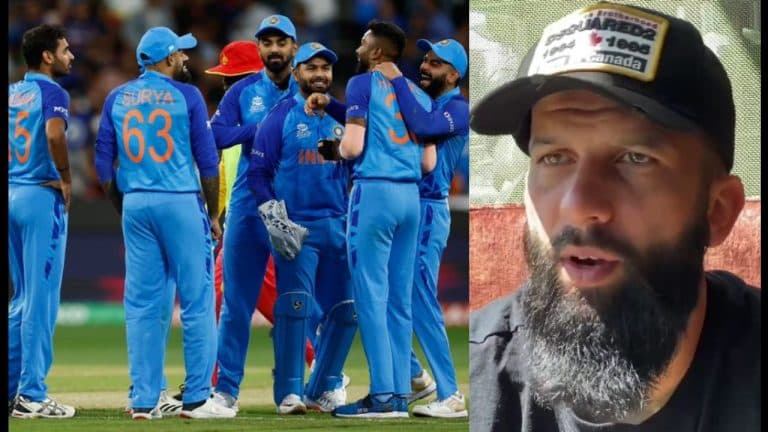 IND vs ENG Semi-Final: England all-rounder Moeen Ali made a statement against India. Ali said- “Team India is better than England in the semi-finals”.

Ali described the Indian team as the best:-

Now call it his mind game or something, but Moeen Ali has called India his favorite to win the T20 World Cup semi-finals against England.

According to Moeen Ali, in the semi-final match to be held in Adelaide on Thursday, the Indian team is playing the best cricket since last year, which is difficult to beat.

The English vice-captain has described England as an underdog in front of India. Let us tell you that Moeen Ali has given this statement in an interview given to BBC.

Rohit called England the powerhouse of a team:-

Not only Moeen, but Rohit Sharma is also not ready to wear FAVORITE’s TAG easily. During an interview after the game against Zimbabwe, Rohit called England a powerhouse of a team.

Rohit said, “(Semifinal vs England) for us to adjust to the conditions as soon as possible.

We played a match there recently but England will be a big challenge for us. They are playing some good cricket. With two teams taking on each other, it will be a great match.”

Meanwhile, tickets for the much-awaited semi-final match between India vs England to be held in Adelaide on Thursday (November 10) were sold out in the blink of an eye.

Not only the ticket but the airfare from Sydney to Adelaide has also become five times more expensive. A ticket from the first 300 to 500 Australian dollars has now increased to $1,335.

Qantas has raised fares due to high demands for a flight from Sydney to Adelaide for the high-octane IND vs ENG semi-clast at the Adelaide Oval.