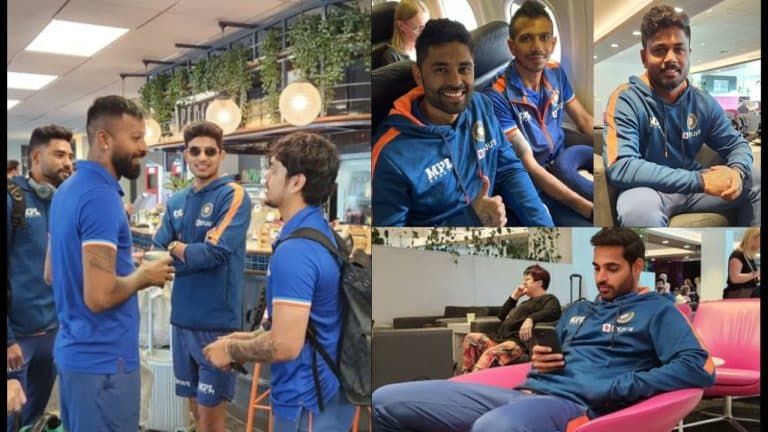 IND vs NZ 2nd T20: The Indian cricket team captained by Hardik Pandya and the players of the host team have reached Mount Maunganui for the second match.

The second match of the series is to be played at The Oval:-

The second match of the series is to be played at Bay Oval on Sunday 20 November. However, the news about the weather (Mount Maunganui Weather Report) is not good here either, as there will be a possibility of rain on the match day.

The first match between India and New Zealand in Wellington was cancelled, both the teams had reached the stadium but due to rain, the match could not even start, let alone the toss.

The teams have reached the second match:-

All the fans are hoping that the second match will be played but here too the weather seems to be playing havoc. The teams have reached the second match, here on the ground the teams will reach directly before the match.

IND vs NZ 2nd T20: Yuzvendra Chahal shared a photo with Suryakumar Yadav sitting on the plane, while most of the players shared photos on their social media leaving Wellington. BCCI also shared the photo of the players with the official social media handle.