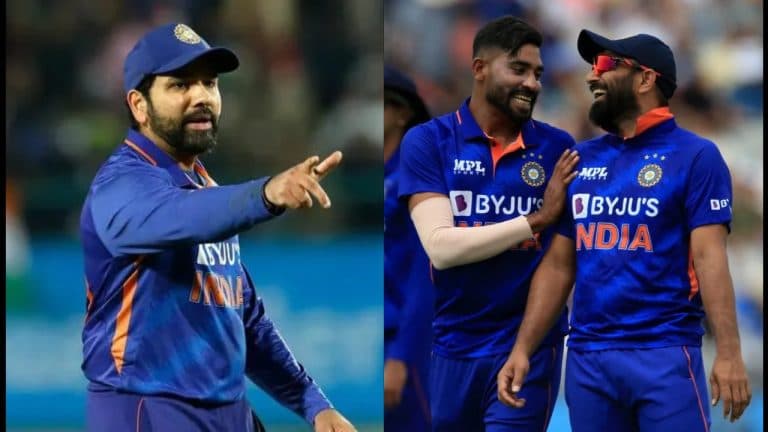 Rohit Gears up for Test series against Australia:-

Along with this, Indian captain Rohit Sharma has geared up for the Test series (IND vs AUS Test Series) against Australia starting next month.

Rohit has indicated to rest two of the team’s best pacers Mohammed Shami and Mohammed Siraj in the third ODI against the Kiwis.

And before this, in the second ODI as well, the Indian captain got these two bowlers to do only 12 overs. Later, answering the question asked on this, he clarified that he wants to keep both these bowlers fresh against Australia.

Umran Malik will be Given a chance:-

That’s why Umran Malik will be given a chance in the decider to be held in Indore.

Rohit Sharma said after the match, “The bowlers have done exceptionally well in the last five matches. Whatever we told him, he went ahead with it and he did it.

Shami and Siraj were very excited to bowl long spells. But I reminded him that there is also a Test series coming up, so we need to take care of ourselves as well.”

Even before the injury of the fast bowlers, the Indian team suffered a big blow. Apart from Jasprit Bumrah, Deepak Chahar, T Natarajan, and the famous Krishna are also injured.

This is why Shami and Siraj will lead India’s pace attack in the first two Tests against Australia next month.

Change in the decider against New Zealand:-

At the same time, India has already sealed the series against New Zealand by winning two ODIs. Now they will become the number one team in the world by winning the third and deciding match as well.

Also, the batting may remain the same but there will be changes in the bowling. Where Shahbaz Ahmed can replace Washington Sundar and Yuzvendra Chahal can replace Kuldeep Yadav. Also, Umran Malik can replace Shami and Siraj.