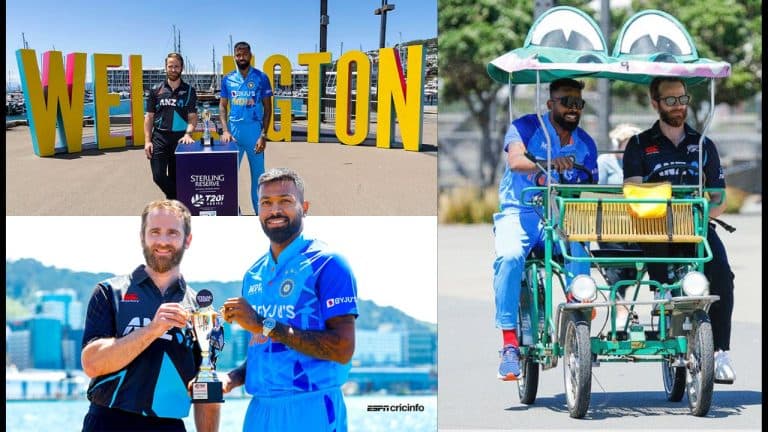 New Zealand will face the Men in Blue in the three-match T20I series starting on Friday. Williamson will lead the home team.

After New Zealand’s T20 WC semi-final exit in Australia. While the visiting team will compete under the captaincy of Hardik Pandya.

At the same time, after the T20 series, a three-match ODI series will also begin between the two teams. These matches will be played from November 18 to November 30.

While Team India will be led by Hardik Pandya for the T20I series, Shikhar Dhawan will lead the team in the ODIs.

The 18 November at the Sky Stadium in Wellington:-

The first T20 match between India and New Zealand will be played on Friday, 18 November at the Sky Stadium in Wellington.

The teams will shift base to Mount Maunganui for the second T20 match, which will be played at Bay Oval on Sunday, 20 November.

Also, the third and final T20 will be played on Tuesday, 22 November at McLean Park in Napier. After this, the ODI series will start on Friday 25 November at Eden Park.

The second match will be played at Seiden Park on Sunday 27 November. The last match of the series and tour will be held at the Hagley Oval on Wednesday, 30 November.

Indian team for the T20 series