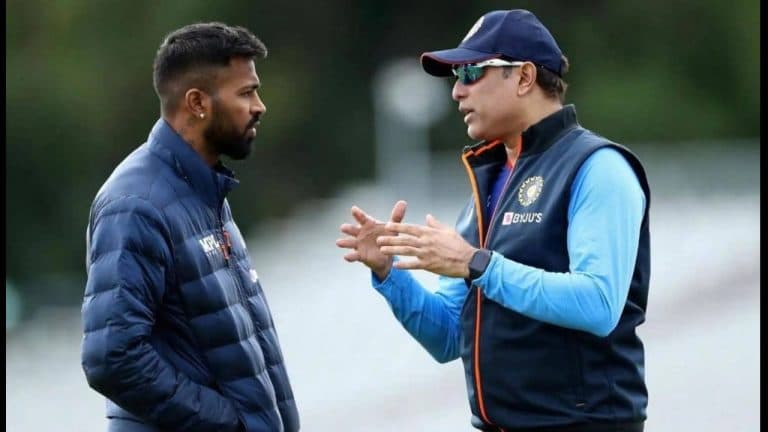 IND vs NZ: VVS Laxman To be India’s Coach For The New Zealand Tour

IND vs NZ 2022: VVS Laxman to be India’s coach for New Zealand tour, and Rahul Dravid to be rested after T20 World Cup loss.

VVS Laxman will be the head coach of Team India during their white-ball tour of New Zealand. Which is scheduled just after the ICC T20 World Cup 2022.

Dravid has been rested for the New Zealand tour:-

Rahul Dravid has been rested by the Board of Control for Cricket in India (BCCI) for the New Zealand tour.

Notably, Rahul Dravid is facing some serious scrutiny after a year’s job as a coach. India’s ICC T20 WC 2022 has ended in yet another defeat or let’s say humiliation.

The Men in Blue, led by Rohit Sharma, crashed out of the tournament with England clinching a 10-wicket win in Adelaide.

The Indian team’s head coach Rahul Dravid, bowling coach Paras Mhambrey and batting coach Vikram Rathor will return to India after the tournament after which they will be given a break.

After this, he will go on a tour of Bangladesh with Team India. Laxman will be accompanied by Hrishikesh Kanitkar (batting coach) and Sairaj Bahule (bowling coach) as the support staff of the Indian team.

The President of the National Cricket Academy of BCCI:-

The former India international was the coach of the Men in Blue during this year’s tours of Ireland and Zimbabwe, followed by South Africa’s home series ahead of the T20 World Cup in October.

At the same time, India’s men’s tour of New Zealand will start on November 18 and will run till November 30. The limited overs series will consist of three T20 Internationals and as many ODIs.

The first T20 match between India and New Zealand will be played on Friday, 18 November at the Sky Stadium in Wellington. The teams will shift base to Mount Maunganui for the second T20I which will be played at Bay Oval on Sunday, November 20.

The third and final T20I will be played at McLean Park in Napier on Tuesday, 22 November. The ODI series will start at Eden Park on Friday, November 25.

The second match will be played on Sunday 27 November at Seiden Park. The last match of the series and tour will be held on Wednesday, 30 November at Hagley Oval.

Read more:-  Ajay Jadeja Said “I will Say One Thing Which will Sting If Rohit Sharma Listens”