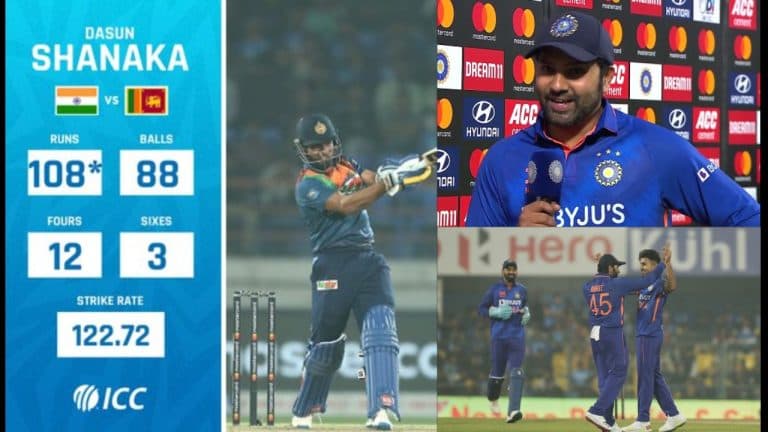 IND vs SL 1st ODI: India deliberately allowed Dasun Shanaka to score a century. The first match (IND vs SL 1st OD) of the three-match ODI series between India vs Sri Lanka (IND vs SL LIVE) was played on Tuesday.

At the same time, in this match, India won against Sri Lanka (IND vs SL) by 67 runs and took a 1-0 lead in the series. In this match, Team India scored 373 runs batting first under the captaincy of Rohit Sharma.

In response, Sri Lanka’s start to chase this target was not very special and the team could score only 306 runs. Virat Kohli scored a brilliant century for India.

While captain Rohit also played a blistering inning of 83 runs. On the other hand, captain Dasun Shanaka scored an unbeaten 108 for Sri Lanka but still, his team had to face defeat in this match.

Indian captain Rohit has given a statement after registering victory in this match. Let’s know what Rohit said.

Indian captain Rohit Sharma made a revelation after registering a win against Sri Lanka. Rohit Sharma said that Mohammed Shami had appealed, but Dasun was playing on 98.

He batted brilliantly and we didn’t want to get him out like that. We wanted to get him out in the right way, but Mankad was not one of them. This is the reason why we have withdrawn our appeal.

After losing the toss against Sri Lanka, Team India got off to bat first and got off to a great start. During this, the pair of Rohit Sharma and Shubman Gill scored 75 runs in the powerplay.