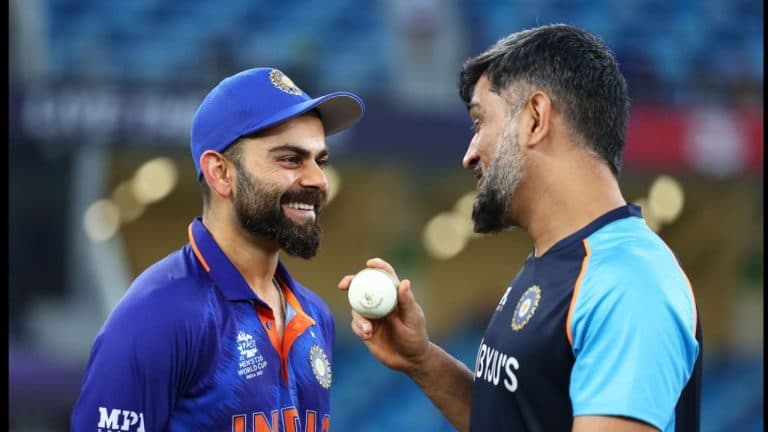 IND vs SL 1st ODI Series 2023: Virat Kohli is close to leaving behind MS Dhoni. The first match of the ODI series between India and Sri Lanka will be played at the Assam Cricket Association Stadium on Tuesday.

Kohli has a record for MS Dhoni:-

In the 3-match series, Virat Kohli will have a chance to leave behind MS Dhoni in terms of a record (India vs Sri Lanka Stats).

Virat Kohli is returning to ODIs after taking a break from the T20 series against Sri Lanka. This year the team’s focus will be on the ODI series as the ODI World Cup is to be played in India in October.

With this series, India will test the preparations for the World Cup. Virat Kohli occupies an important place in the squad.

If Virat Kohli scores 164 runs in 3 matches, he will leave Dhoni behind in terms of record. Let us know about this record in detail.

Virat Kohli is close to leaving Dhoni behind:-

It is impossible to break Tendulkar’s record at the moment, but leaving Dhoni behind, Virat can reach number two.

Virat Kohli has to score a total of 164 runs in 3 innings of this series. By doing this, leaving Dhoni behind, Virat will come at number two.

Talking Sachin Tendulkar, he has scored 3113 runs in 80 innings of 84 matches against Sri Lanka. It is impossible to break Sachin’s record in this series, he is far ahead of Virat right now.

Read more:-  Mitchell Starc Unlikely To Be Fit For First Test Of Australia Tour Against India