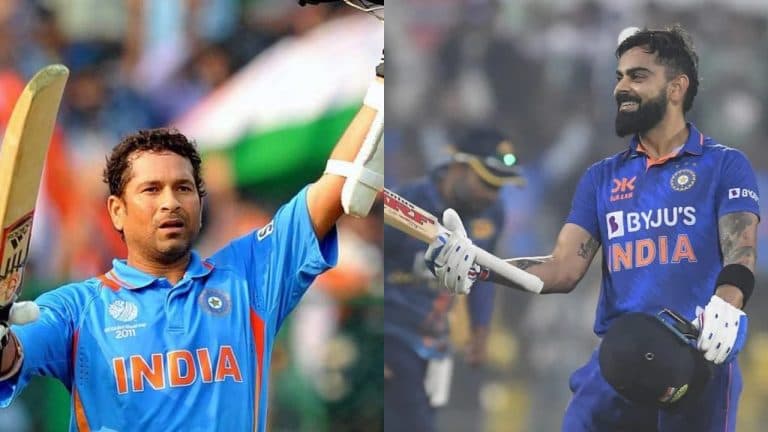 IND vs SL 3rd ODI: The third and last match of the three ODI series between the Indian team and Sri Lanka is being played at the Greenfield International Stadium. In this match, star batsman Virat Kohli scored an unbeaten 166 off 110 balls, surpassing former cricketer Sachin Tendulkar in scoring the highest number of centuries in India.

Virat has an impressive average of 141.50