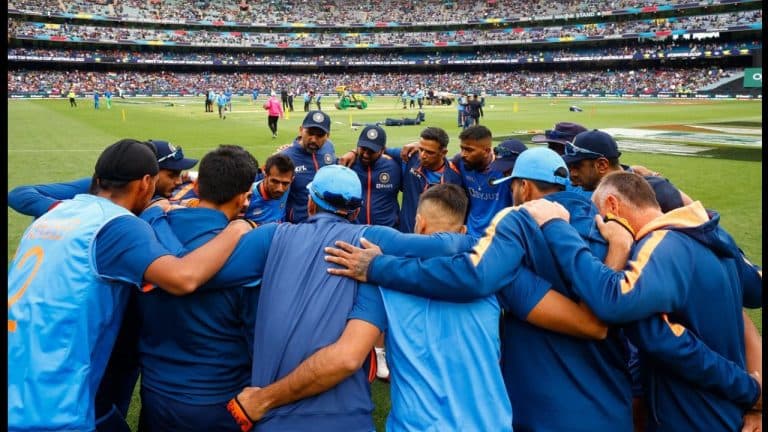 IND vs ZIM: The Indian Team will Do The First Practice Session in Melbourne Today

IND vs ZIM T20 WC 2022: The Indian Team will Do The First Practice Session in Melbourne Today. In the T20 World Cup, the Indian team registered its third win against Bangladesh.

The Reached Melbourne to Play the match:-

Along with this, Rohit has reached Melbourne to play the match against Zimbabwe (IND vs ZIM Live).

The match between the two teams will be played on Sunday, November 6. Meanwhile, before the T20 WC IND vs ZIM match against Zimbabwe, Virat Kohli, KL Rahul, and other team players will start the first practice session on Friday.

Team India would also like to remain on top of the points table:-

The Indian team would like to finish the last match of the group stage of this mega event with a win against Zimbabwe. With this, Team India would also like to remain on top of the points table.

The Zimbabwe team is also performing very well in this tournament. The team defeated Pakistan by one run in their last match.

On the other hand, when it comes to the batting of the Indian team, Virat Kohli and Suryakumar Yadav are performing very well on the Australian grounds. Virat has scored half-centuries in three out of four innings of this World Cup.

At the same time, Surya also has two half-centuries. Talking about the bowling, Arshdeep Singh and Bhuvneshwar Kumar are bowling very well. In this tournament, the Indian team would like to end with a win against Zimbabwe.

Significantly, the Indian team has played a total of five T20I matches at the Melbourne Cricket Ground in Australia, out of which the team has won three matches.

On this ground, the Indians had scored only 74 runs against the Australian team. Along with this, the team has scored the least runs in T20 at this ground.

With this, the Indian team defeated Pakistan by four wickets in this mega event. Virat Kohli played a brilliant half-century in this match.