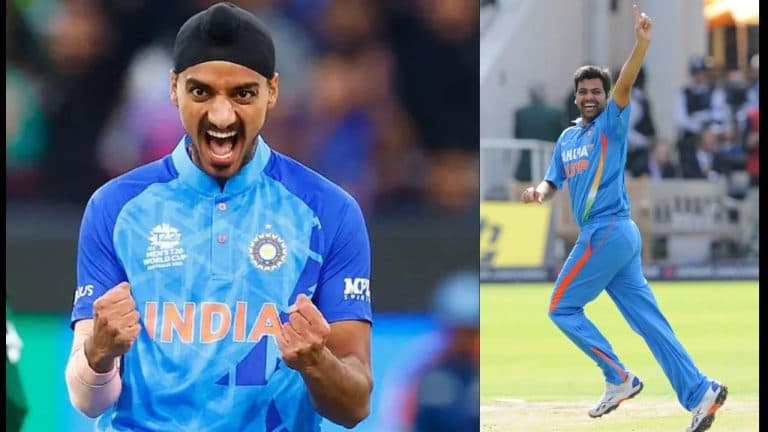 IND vs ZIM WC 2022: Arshdeep Singh Can Break These Records Of RP Singh Against Zimbabwe

IND vs ZIM WC 2022: Fast bowler Arshdeep Singh can break the records of RP Singh against Zimbabwe. Arshdeep has bowled brilliantly so far in the T20 World Cup 2022.

The Close to breaking a special record:-

He has taken 9 wickets in 4 matches played so far. He has now come close to breaking a special record of former Team India fast bowler RP Singh. For this, he has to take 4 wickets.

Team India will play its last group match against Zimbabwe on November 6 and Arshdeep Singh can break this record in this match.

RP Singh holds the record for taking the most wickets for India in a T20 World Cup season. He took 12 wickets in the year 2007.

In this case, Lakshmipathy Balaji and Arshdeep Singh are tied at 9-9 in the third place. Arshdeep will become the highest wicket-taker in the T20 World Cup season by taking 4 wickets.

India has played 4 matches so far in T20 World Cup 2022 and won 3 matches during this period. India’s first match was against Pakistan.

In this, he had registered a thrilling victory. Arshdeep took 3 wickets for 32 runs in this match. After this, he took 2 wickets in the match against the Netherlands.

Arshdeep also took two wickets each against SA and BAN:-

Arshdeep Singh is still a young player, but he has made his place in the team on the basis of his performance. Arshdeep has taken 28 wickets in the 17 T20 Internationals he has played so far.

He has taken 21 wickets in 10 innings of first-class matches. Arshdeep has also bowled dangerously in the Indian Premier League and is currently part of Punjab Kings.