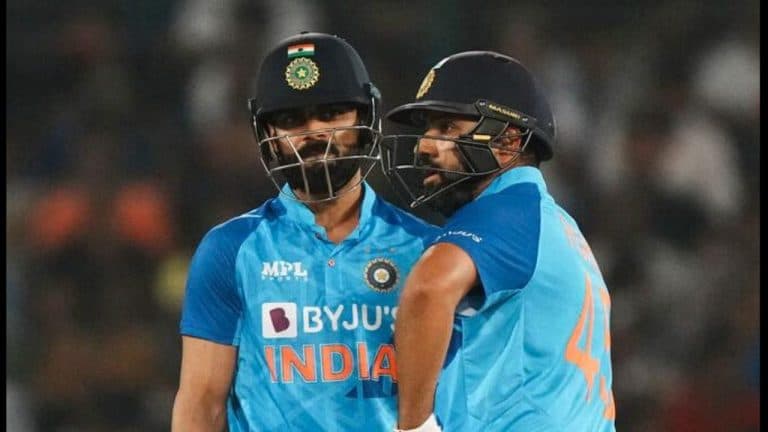 IND vs ZIM WC 2022: Rohit Sharma can break Virat Kohli’s record as captain, today the match will be played between India and Zimbabwe.

Now it will be like Practice for Team India:-

However, for Team India, it will now be like practice as it has already reached the semi-finals (T20 World Cup 2022 Semi-Final).

Rohit Sharma has come close to leaving behind Virat Kohli in terms of a record (Most Matches as Captain in T20), today he will equal this record.

The Indian cricket team is looking great in this world cup. This match against Zimbabwe will also be important because it is the final match of the tournament to be played.

This will be the last opportunity to test the pitch here. However, before the final, the team has to win in the semi-finals.

India became the first team from its group to reach the semi-finals. Today’s match is memorable for captain Rohit, he will play his 50th match as captain.

Earlier, Rohit Sharma played 49 matches as a captain, out of which Team India won 38 times and lost 11 times. In terms of winning the toss, Rohit Sharma’s percentage is 48, he won the toss a total of 24 times.

Talking about the T20 career of 30-year-old Rohit Sharma, he scored 3811 runs in 146 matches. He has scored 4 centuries and 29 half-centuries in this format.

Rohit Sharma will not be the first player to captain India in 50 T20 matches, but he will match Virat in this matter today and break his record in the next match.

At the top of this list comes the name of MS Dhoni, who led the team to the T20 World Cup win in 2007 under his captaincy.