India Tour of England: Team India including Rohit Sharma and Virat Kohli will fly to London on Thursday, Team India will leave for a Test match, 3 T20, and 3 ODIs against England (ENG vs IND) on Thursday.

A Gathering starts in Mumbai:-

India Tour of England: Players like Mohammed Shami, KS Bharat, and Cheteshwar Pujara have also reached Mumbai. However, doubts remain about the injured KL Rahul going with the team.

Team India will leave for England on Thursday, 16 June. Along with Virat Kohli, and Rohit Sharma, players like KS Bharat, and Cheteshwar Pujara will be involved on Wednesday. India will face England in 1 Test, 3 ODIs, and 3 T20 matches.

The first batch of Team India will leave from Mumbai on June 16. He will be accompanied by some NCA employees.

India Tour of England: We have asked them to assemble in Mumbai by June 15. The second batch will depart from Bangalore on June 19 after the 5th T20I against South Africa.

However, unlike last time, this time there will be no bio-bubble, and neither will there be a private ship. But all players will have to undergo two negative RT-PCR tests before flying to England.

India Tour of England: If a player is found positive, he will have to wait in isolation for some time before leaving for England.

The second batch of the second team, including head coach Rahul Dravid, will leave for London from Bengaluru on June 19.

Like last time, players can also take their families with them on the tour of England. However, this time there will be no charter flight.

ENG vs NZ, 3rd Test: Kyle Jamieson ruled out of last Test in England with 'stress-reaction' in his lower back 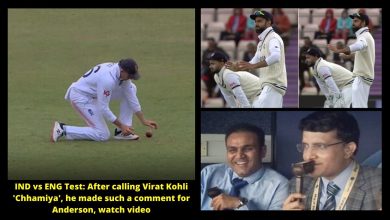