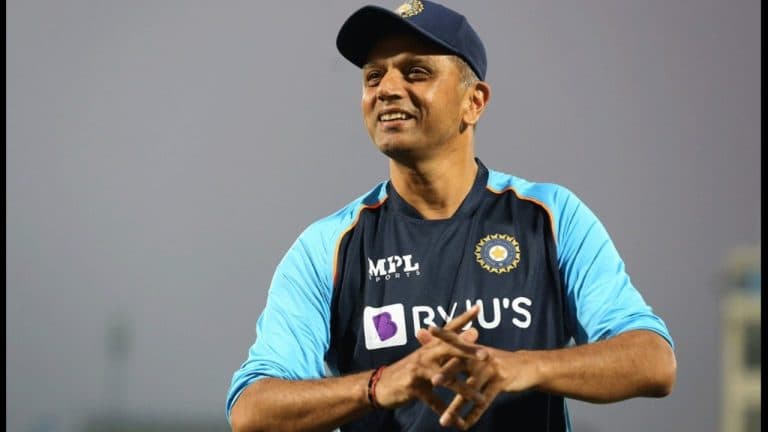 Indian cricket team coach Rahul Dravid is celebrating his 50th birthday today. In the history of cricket, many legendary players have taken birth (Rahul Dravid Birthday), one of which is Rahul Dravid.

Made many big records while Playing for India:-

At present, Rahul is the head coach of the Indian cricket team. Indore-born Rahul (Rahul Dravid Birth Place) has made many big records while playing for India in his time, which is a very difficult task to break.

Rahul is ready to celebrate his 50th birthday (Rahul Dravid Date of Birth) on 11 January i.e. Wednesday. So let us take a look at some of the big records of Rahul Dravid Stats on this occasion.

Dravid is known to have excelled in every format of cricket during his time. At the same time, Rahul is taking over as the head coach of Team India.

At the same time, everyone will still hope that Team India, under the leadership of Rahul, will capture the ODI series against Sri Lanka.

Record for most balls Played

Rahul Dravid was known for his batting in Test cricket. This is the reason that his name holds the record for playing the most balls in Test cricket. Rahul has played a total of 31 thousand 258 balls in a career of 16 years. During this, he has faced bowlers at the crease for a total of 736 hours.

Not even once got out on a Golden duck

Let us tell you that Dravid, currently the coach of the Indian team and former veteran batsman, never got out on a golden duck in his cricket career.

Rahul Dravid has played only one T20 International:-

Rahul Dravid played the only T20 match of his career against England in the year 2011. In this, he played a brilliant inning of 31 runs.