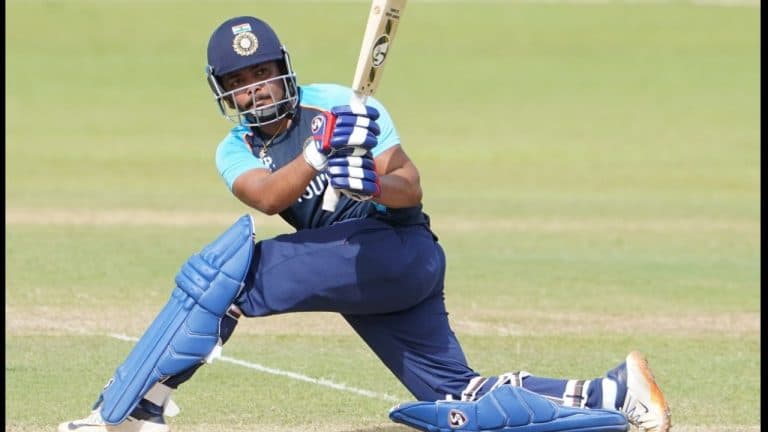 Indian cricketer Prithvi Shaw is going to return to international cricket after almost 2 years. He has been included in the T20 squad against New Zealand (IND vs NZ T20 Squad 2023).

Also read:- WIPL 2023: The Rules For Foreign Players will be Different in Women’s IPL From Men’s IPL

Earlier he was dating Prachi Singh. There was a relationship between the two for a long time, but both break-up last year. Shaw’s ex Prachi Singh has got engaged to someone else.

Cricketers Prithvi Shaw and Prachi Singh were dating each other for a long time. Both used to comment on each other’s posts on Instagram.

Last year (2022) the two celebrated the new year together. Her photo was shared by Prachi Singh herself on her Instagram.

Suddenly last year, both of them unfollowed each other from Instagram, although neither of them had confirmed anything about it nor said anything after the break-up.

This year, in the new year, Prithvi Shaw was with Nidhi Tapadia, both of them also shared the photo of the celebration. Right now Prithvi Nidhi likes most of the posts, often both share photos together.

Although this time also neither the cricketer nor Nidhi has confirmed anything about the relationship, but the rumor is that both are dating each other.

Cricketer Prithvi Shaw played his last international match in July 2021, since then he has not played in any format.