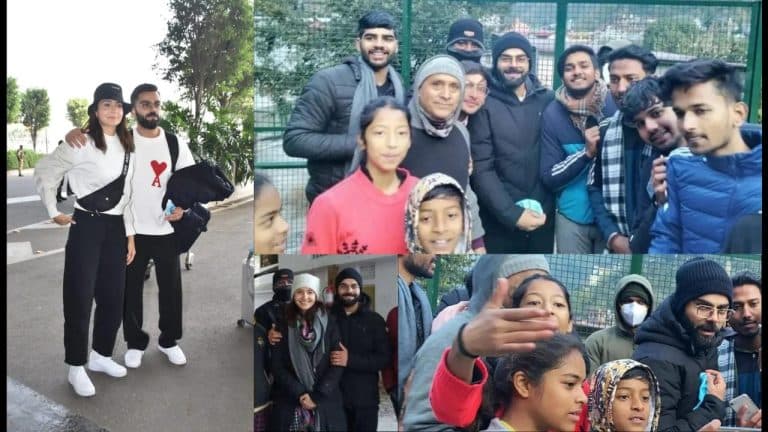 Kohli has taken a break from international cricket. He will return for the series against Bangladesh. Cricketer Virat Kohli reached Kumaon from Mumbai on Wednesday.

Both the helicopters had landed on the grounds of the Sainik School. After this Kohli and Anushka went to the resort with their daughter.

The school children greeted him with applause:-

Virat Kohli Anushka Sharma: When both got down from the helicopter, the school children present there welcomed them by clapping.

Kohli Anushka kept their distance from the media as she was accompanied by her daughter. Kohli will visit some places here with his family.

On Thursday, another picture came of Virat Kohli and Anushka Sharma. In which they were seen posing for photographs with some of their fans.

Read more:-  Coach VVS Laxman Praised Hardik Pandya And Said That He is a Great Leader