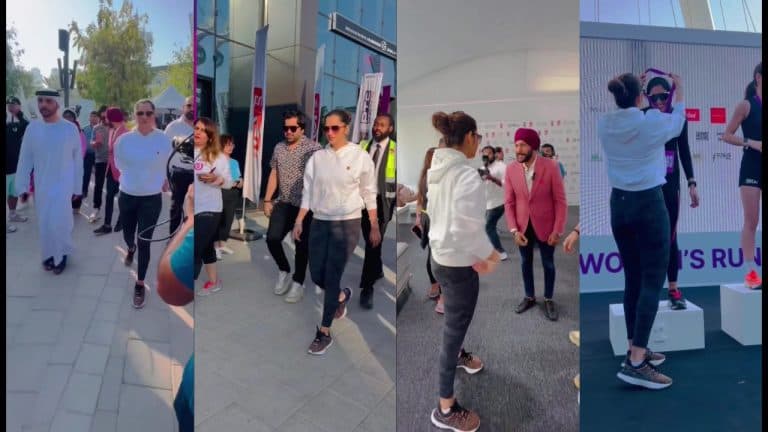 Only Paperwork is needed to confirm their divorce

It is believed that there has been a divorce between the two couples. If reports are to be believed, Sania Mirza and Shoaib Malik Divorce are now separated from each other and only paperwork is needed to confirm their divorce.

Also read:- IPL 2023- The bowler who made Gujarat champion will now play from Kolkata Knight Riders

But in the midst of all this, Sania has shared a video on her social media account. If she is seen roaming in Dubai (Sania Mirza News).

Sania Mirza of Indian country is known for her excellent performance in tennis. Many big records are also recorded in the name of this player. There would be someone in the world who does not know Sania.

In the video that Sania has shared on her Instagram, she is seen wearing medals to women athletes in Dubai.

Also, it can be seen in this video that many people are also seen along with Sania. Along with this, he also did a photo shoot with his fans during this ceremony.

Shoaib and Sania were familiar with each other by name, but the two met for the first time in 2004 at a restaurant in Hobart.

But, even in this meeting, things did not take any romantic turn. This happened when they met for the third time.

Both were Proud of each other’s relationship:-

Sania Mirza continued to play professional tennis even after marriage and won many big Grand Slams. He had said in an interview that Shoaib’s family is as proud of my career as Shoaib.

We are both players, so we stay away for a long time due to practice and tournaments, but it does not affect our relationship.

Read more:- Bad accident with Australian all-rounder Glenn Maxwell, will be away from cricket for a long time

Being with Shoaib, I feel every day that I have chosen the perfect person for myself.