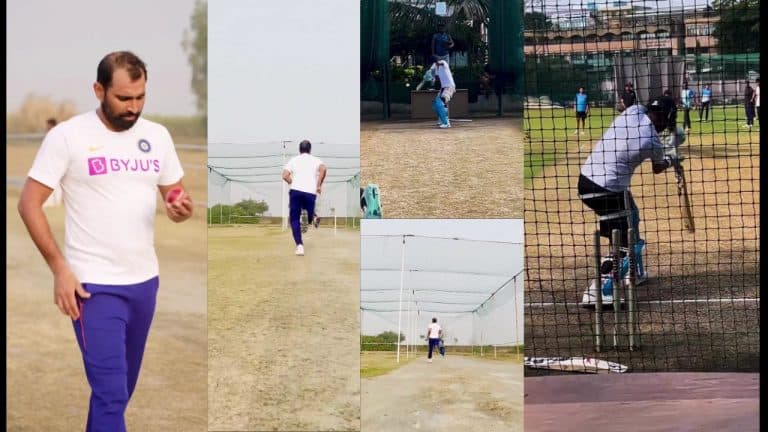 IND vs SL ODI 2023: Indian veterans started preparations to lick the dust in Sri Lanka in the ODI series. After the ongoing T20 series between India and Sri Lanka (IND vs SL), the Indian team has to play a series of three ODIs (IND vs SL ODI Series).

The star players of the Indian team are making a comeback:-

The star players of the Indian team are making a comeback in this ODI series starting on January 10. Everyone has started preparations for the same.

Captain Rohit Sharma also shared a video of himself while exercising in the gym and in this episode, KL Rahul and Mohammed Shami have also shared their videos while practicing.

KL Rahul is returning from the ODI series:-

KL Rahul is returning from the ODI series against Sri Lanka. He was given a break from the T20 series. While preparing to return, he is batting fiercely in the nets.

He shared a video (Rohit Sharma Workout Video) on his Instagram, in which he is seen hitting shots.

On the other hand, Mohammed Shami is also returning from the ODI series against Sri Lanka after the T20 World Cup. Shami is also working hard to make his comeback strong. He shared a video on his Instagram in which he is seen bowling in India’s white Test T-shirt.